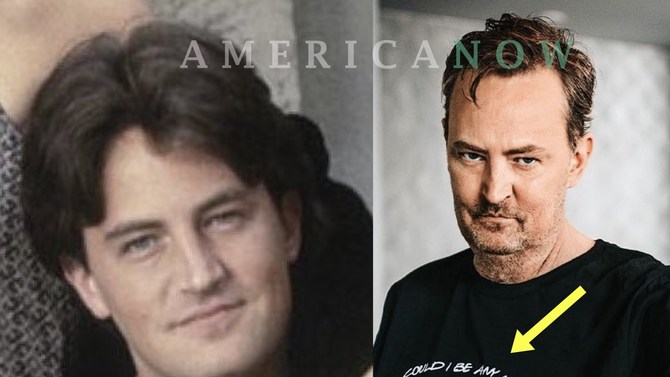 Matthew Perry has sparked backlash for promoting a clothing line urging Friends fans to get vaccinated.

The 51-year-old posted an image of himself wearing the new T-shirt, which plays on Chandler Bing character’s catchphrase: "Could I be any more vaccinated?"

The T-shirt is just one of the products Perry is selling as a limited edition offer featuring references to his Friends character.

However, some fans slammed Perry on social media, calling him out for profiting off the pandemic. This sparked a debate among fans of the show. "Could this BE anymore of a turn off?" another person commented.

"Why would I give a multi millionaire even more money?" a third wrote.

"Making money from a t-shirt relating to vaccines is in bad taste.  Could I BE any more annoyed," someone else commented. Even though Perry was slammed for promoting the vaccine for his own gain, the majority of his fans supported him, with some commending him for raising vaccine awareness.

"People ~ why must you get offended over every. little. thing?" one person wrote.

"Good for you Mathew... Anything that brings awareness to this effort is priceless.  If you can make a buck or two, so be it. You've done many things that benefit others. Thank you!" another commented. "I'm baffled by how upset ppl are. I'm not and we lost ppl to covid in our family. I think it promotes vaccination which saves lives and helps let those around us know we're vaccinated not anti mask when we're ready to go maskless. All good messages," a third wrote.

Perry’s limited time merchandise offer comes after the first official Friends Union trailer aired, with the show having been delayed by the pandemic and pushed back to a May 27 premiere.