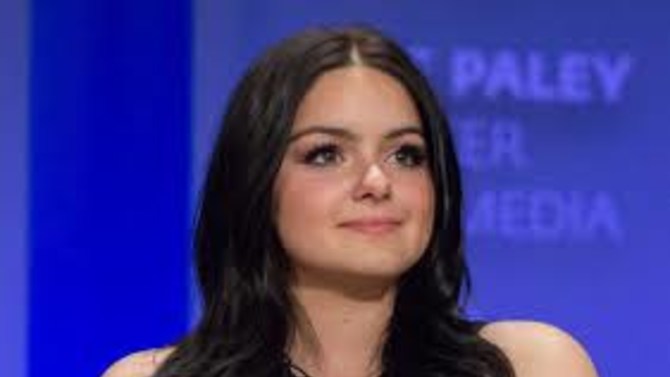 Actress Ariel Winter took to Twitter to defend her decision to wear revealing denim shorts during a Los Angeles outing.

Winter was spotted in Los Angeles wearing a pair of high-waisted Daisy Dukes that revealed a good portion of her buttocks, the Daily Mail reported. She was with her boyfriend, Levi Meadon, at the time

Two days later, the actress took to Twitter to reassure her followers that she did not intend to bare her backside.

"I literally do not try and show my a*s when I wear shorts...my a*s just eats them up and then I don't notice...awkward af," Winter tweeted.

Several Twitter users responded to Winter, who also appeared to be braless in the photos in question. Most users appeared to not believe the Modern Family actress.

"Love, wear a bigger size or just don't wear them then? Wear longer ones?" suggested one user. "It's not an impossible situation."

"Not that I'm critiquing your style or what you wear, but c'mon. You consistently flash skin," wrote another. "It's part of your style."

"Lol everyone calls BS. You know you do," added another user. "But so what if you do who cares be who you want to be and own it like a boss."

"Ignore the haters. Wear what you ever makes you happy!" wrote another fan. "So much awful stuff going on the in the world and this is what folks wanna discuss!??"

This isn't the first time Winter has spoken out about her taste in clothing.

"I'm not a whore because I wear shorts and tank tops. I'm a normal girl," she tweeted sometime in July. "Also, I'm not 'squeezing' into anything. My shorts fit me and everything I'm doing is just fine. Please leave young women alone. We're just living our lives."

In June, during an interview with In Touch Weekly, Winter's estranged mother, Chrystal Workman, said she wished her daughter didn't show so much skin.

“She needs to grow up. I would tell her to dress properly, be the beautiful person she is," Workman said. "I feel sad that she feels the need to expose herself when it’s not necessary.

“Ariel is smart, beautiful and talented. She is a legitimate actress. She does not need to do this. She is beautiful with her clothes on.”

But Winter has previously accused her mother of abusing her physically and emotionally, and attempting to sexualize her at a young age. Workman denied those claims.