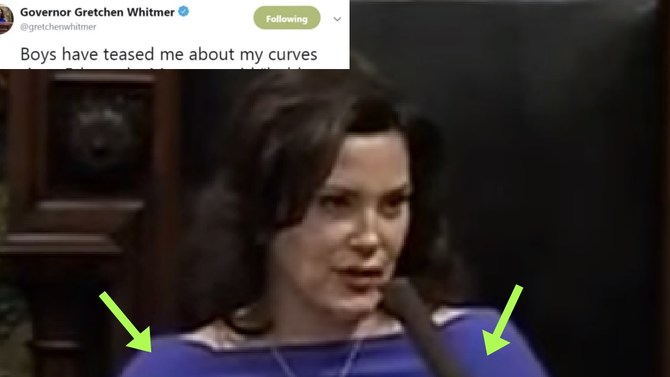 Gov. Gretchen Whitmer called out a Fox 2 news report that put together offensive comments aimed at her physical appearance and wardrobe during her first State of the State address.

She called the story “way out of line” and expressed her support for women and girls who deal with such “garbage.”

She said, “Boys have teased me about my curves since 5th grade. My mom said 'hold your head high and don’t let it bother you.' … I’m tough, I can take it.”

Whitmer had worn a blue dress to deliver her speech, which focused on the need to fix crumbling schools, improve struggling ones, and proposed a new scholarship program dedicated to debt-free community college. According to the Fox 2 story, many people were focused on the governor’s “boat-neck blue dress.” The station also compiled lewd comments about the governor’s physical appearance, and featured interviews with various residents, with some urging people to focus on the contents of the speech.

The story sparked intense backlash, and Lavora Barnes, Michigan Democratic Party Chair, called it a “cheap, sexist and indefensible shot at a strong woman,” adding that the station “needs to take down their story immediately.”

Fox 2 reporter Erika Erickson defended the story, saying “the point of the story is clearly being missed.”

Also interviewed was Wayne State University psychology professor Annmarie Cano, who stated that commentators who critique physical appearance as "a way of diminishing women’s accomplishments” should be called out.

Fox 2 News Director Kevin Roseborough issued a statement defending the story: "We were taken aback by the number and nature of many inappropriate Facebook comments on the governor's physical appearance.” 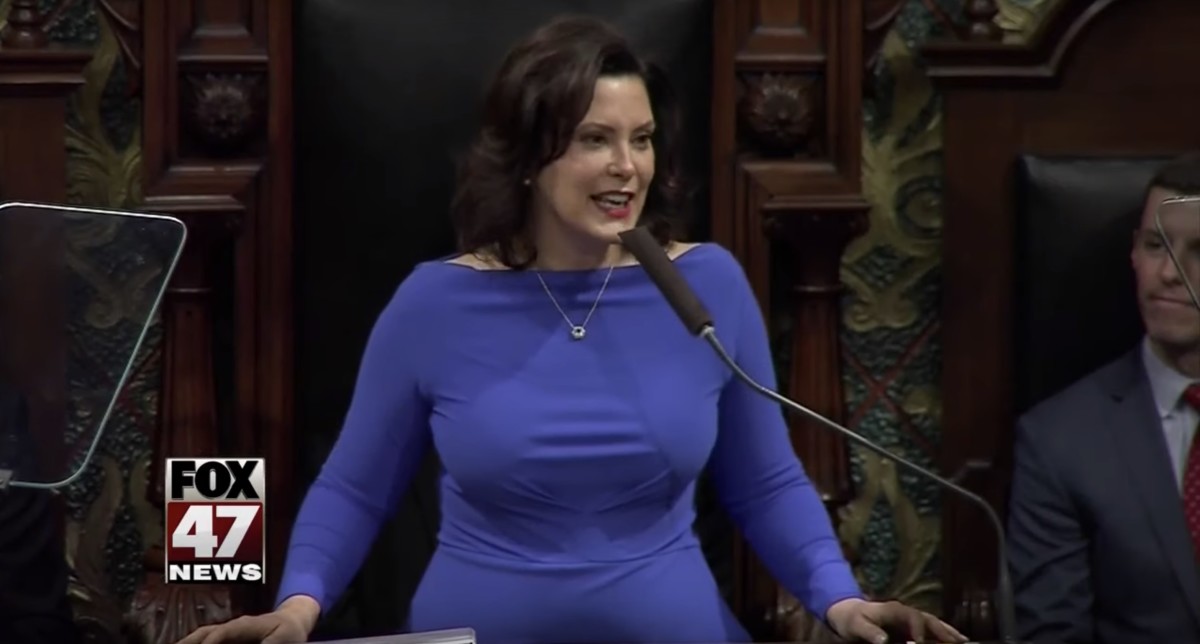 He added, "We chose not to ignore the comments, and to instead examine them through person-on-the-street interviews and an expert’s opinion on the double standard faced by female leaders. This is not a subject that should be turned away from, and we have extended an invitation to the governor to talk to us about this further."

However, House Speaker Lee Chatfield, R-Levering, was not convinced: "The story is ridiculous & never should have given these losers a platform to make these inappropriate statements. Her speech was what mattered! I support her 100% on this! #MyGovernor #GetALife"

With the increased number of women who ran and won political office last year, the governor stated that she hoped people would focus on “our ideas and accomplishments instead of our appearance. Until then, I’ve got a message for all of the women and girls like mine who have to deal with garbage like this every day: I’ve got your back.”