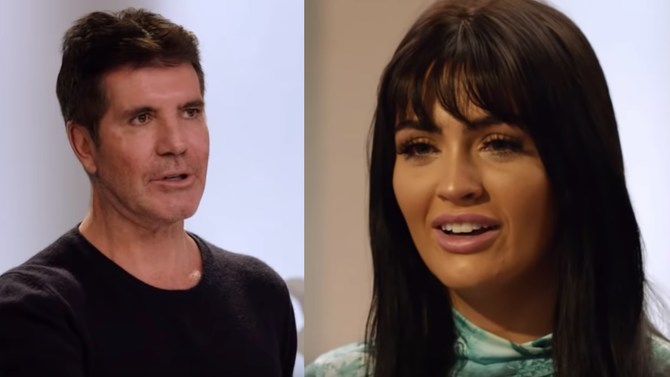 The X Factor: The Band is a miniseries that underwent some changes after Megan McKenna won the Celebrity series. It has flipped the format of the popular and long-running ITV show and will revolve around searching for the next big pop group in just four episodes.

Additionally, it has a format overhaul that some might say is similar to that of Popstars: The Rivals. Moreover, Simon Cowell, one of the show's famous judges, is said to have a lot of screentime.

This is given more focus, especially because of a recent awkward audition, which is actually one of the traditional aspects of the show. But, what makes it different is that it isn't a contest that has made one of the most uncomfortable moments, but it was Simon Cowell himself.

The X Factor: The Band contestant named Rosie Bragg is an 18-year-old singer who greatly impressed Simon and Nicole Scherzinger during her audition. She earned a pass to the next round by obtaining that brand new rubber stamp.

Even though there was not any problem with her singing, Simon's problem was with her fashion sense. He complained that the teenager dressed too much like an Instagram influencer and that it didn't suit his taste.

Before she left the room, Simon Cowell stopped her and said to her, "Next time we see you, you don't have to dress with an image. You know that?"

The 18-year-old contest was taken aback and told him a few moments after, "This is how I dress normally."

Simon then nodded and stated only two words: "I know," while Rosie left the awkwardly. Because of that incident, viewers thought that the 60-year-old judge had no place to say that to a teenager. Many thought that he shouldn't dictate how a teenage girl will cultivate her personal style.