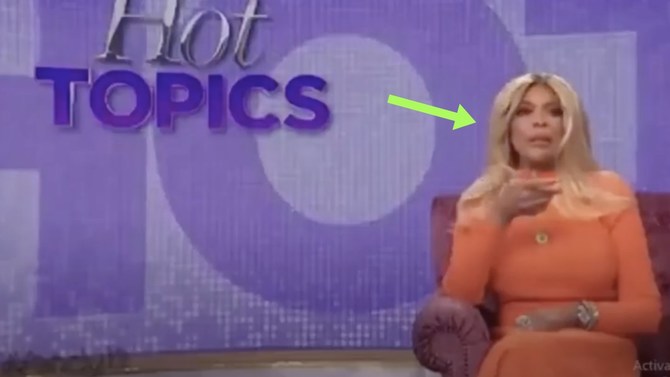 Wendy Williams, not wanting to know the ultimate price for a suppressed burp, gave it all out on her talk show to the much surprise of her fans.

This happened in the middle of a conversation. And on realizing what had happened, the celebrity presenter blamed it on "Puerto Rican food" she has been gulping down recently.

She added that she had been eating Chef Evett Rio Puerto Rican food, which was the highlight of the situation as she immediately transitioned from the awkward situation to pointing out an earlier segment with the chef. "Look Evette Ríos' Puerto Rican food... all the way down to the bone," Wendy said.

Many fans took to social media immediately to share one of two comments on what had just happened.

Another said "You must not be a true Wendy watcher. Not the first time, won't be the last."

But that's not all; another added "Did Wendy Williams just egregiously and ear-splittingly belch\burp like a football player? (Wendy Williams) Lay off the Fresca before show time Auntie!" During lockdown, Wendy revealed that she had been exercising for a while and had lost tremendous weight (about 25 lbs.) She, however, added that she didn't do it on purpose, she wanted to get rid of the food she was eating at the time as she found it disgusting.

Since the lockdown, she has however decided that she would start eating everything she finds from hot dogs to king crabs and large lobsters and everything in between.

More so, situations like this frequently happen. She was accused of farting on her talk show in January; this happened sometime in January 2020 during a hot topics segment.

She, however, addressed what happened saying "I want to talk to you about something very, very serious. I've been going through this for a moment, and I would like to have a private conversation with you, okay?"

Playing the video, she defended herself, expressing that she rarely fart and if she needs to pass out gas at all, she does that by burping.