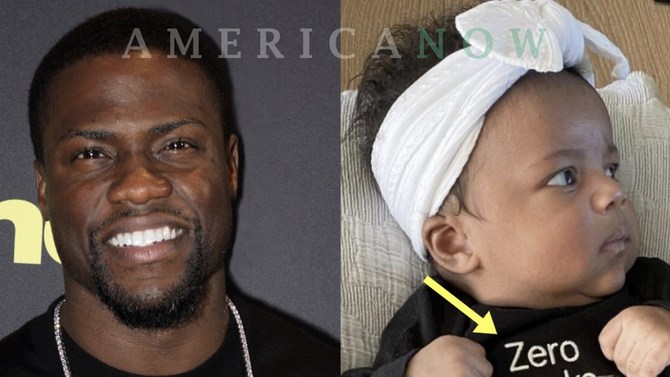 Kevin Hart has been slammed on Instagram after he shared a picture of his daughter Kaori Mai.

Many fans were not amused by the words on the child’s outfit, and they were quick to share their thoughts.

In one picture, Kaori was photographed indoors lying on a comfy blanket, wearing a gray head bow. She was wearing a black two-piece, sweatpants and bottoms, with the words "Zero [expletive] Given."

Hart captioned the post: "...My baby supporting her daddy on opening day!!!..."

While some were enamored by the pictures, many were not thrilled that Hart dressed the kid in an outfit with an expletive. One person asked whether a child should be wearing clothes with such words, while another stated that they were disappointed. A third person called the shirt excessive and reminded Hart that Kaori was a baby.

Someone stated that no baby should wear clothes with such words because they are innocent, with many more people expressing the same sentiment. Hart’s new Netflix special is called "Zero [expletive] Given," which caused controversy on his Instagram page.

Kevin and his wife, Eniko Hart, welcomed Kaori in September. Kaori is sister to 2-year-old Kenzo. Hart’s other kids from his first marriage are Hendrix and Heaven.