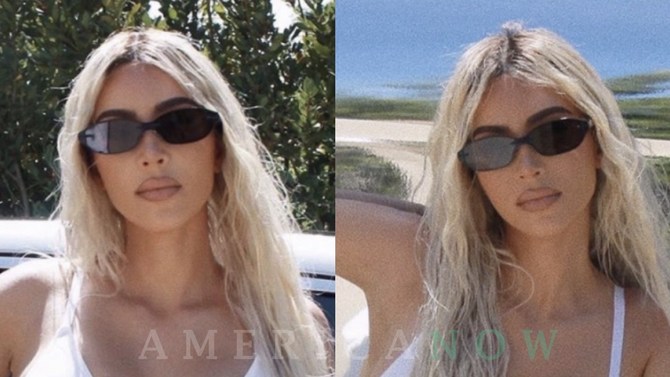 Kim Kardashian’s latest outfit has received mixed reactions from fans. The 39-year-old mother of four posted photos taken on her Calabasas driveway, which showed her in a pair of white leather chaps, leaving her derriere bare.

She captioned the post: "All dressed up with nowhere to go."

Her fans flocked to the comment section, with many complimenting the look and others leaving fire emojis.

Some of the comments included: "Give it to me mama" and "Please run me over." However, some people criticized the star’s look.

"I think you forgot half of your pants," one person wrote. "Not a fan. Looking for trouble with that outfit!" another wrote.

Some accused Kim of copying YouTuber James Charles’ Coachella look – and he wrote in the comments: "Gimme my pants back."

Kim recently launched a line of face masks through Skims, and they reportedly sold out in under 30 minutes. However, she was accused of "casual racism" when some people noticed that one of the models was wearing the wrong nude shade. The model and the mask she was wearing were later changed.