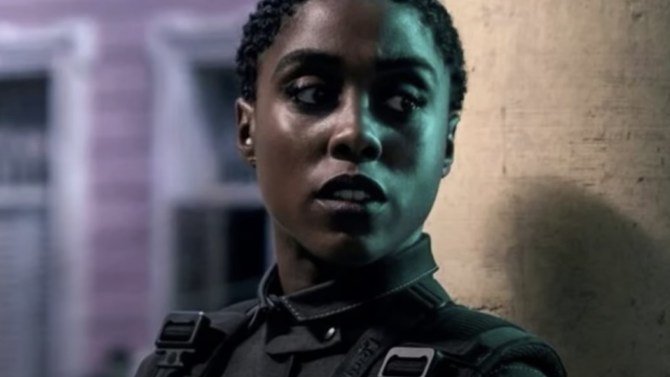 British actress Lashana Lynch was cast as 007 in the 2021 film “No Time to Die,” which sparked a slew of negative comments after her iconic role was announced.

Speaking to Harper’s Bazaar UK, the 32-year-old said that she realized that the criticism would still be the same had any other black actress been cast as the first female to play 007. She said: “I am one Black woman — if it were another Black woman cast in the role, it would have been the same conversation, she would have got the same attacks, the same abuse. I just have to remind myself that the conversation is happening and that I’m a part of something that will be very, very revolutionary.”

She stated that she had coped with the negative comments by avoiding social media for a week, meditating and relating with only her family. Lynch, whose character Nomi inherits the 007 designation from James Bond, stated that she felt “grateful” that she had the opportunity to “challenge those narratives.”

“We’re moving away from toxic masculinity, and that’s happening because women are being open, demanding and vocal, and calling out misbehavior as soon as we see it,” she stated.

Lynch, who is of Jamaican descent, talked about this ground-breaking role in February, saying: “It is an honor to be able to proudly fly our big Jamaican flag up in MI6 as a 00 agent.”

She preciously starred as Maria Rambeau, a pilot and single mother, in “Captain Marvel.”