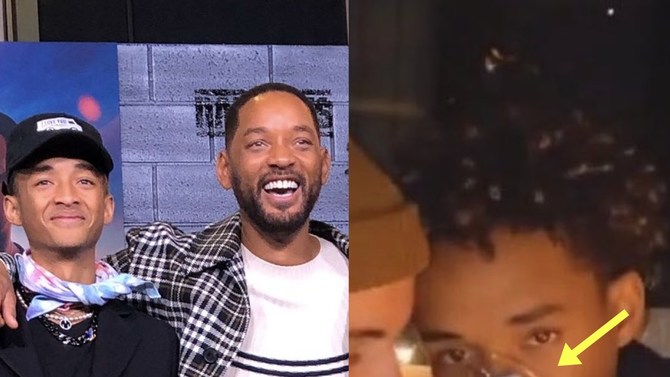 Smith was wearing an oxygen mask as part of his costume, which did not bode well with some because of the ongoing coronavirus pandemic.

One person tweeted: "There’s just something so inhumane about Jaden Smith wearing an oxygen mask as a costume."

Another person wrote: "Why is no one calling out Jaden Smith for being an absolute idiot &thinking wearing an oxygen mask as a costume was cute." In his Instagram post on Monday, Smith seemed to address the criticism, alluding that the mask was a portrayal of John David Washington's character from the film Tenet and that he was not taking the current health crisis lightly with his look.

"We Live In A Twilight World," he captioned the post.

However, despite the clarification, many still had an issue with Smith attending the party in the first place.

One person defended Smith, writing, "I feel like it’s from the movie tenet that just came out," and added a photo of the film's poster, but another person replied, "So? it‘s still tone deaf. he could‘ve literally picked ANY other costume and stayed [the f---] HOME." Another person also defended Smith, writing: "Do we honestly think most adults his age where staying home. Hell no. So lets put what's probably facts in perspective."

Jenner has also been slammed online after pictures from her party showed guests not wearing masks and no social distancing. According to TMZ, those in attendance had been warned not to "post on social media of any kind."

According Entertainment Tonight, the party was held in Los Angeles, and everyone in attendance had to test negative for COVID-19 to be allowed entry.

L.A. residents have been advised against participating in large gatherings, the state having recorded over 300,000 COVID-19 cases and over 7,000 COVID-19 related deaths. County Health Officer Muntu Davis set protocols that residents are expected to adhere to, including events cannot run for more than two hours and food has to be served in disposable containers.

"There have been too many instances of people unknowingly spreading the virus at these types of gatherings, which, sadly, has led to new infections, serious illness and death," Davis stated.