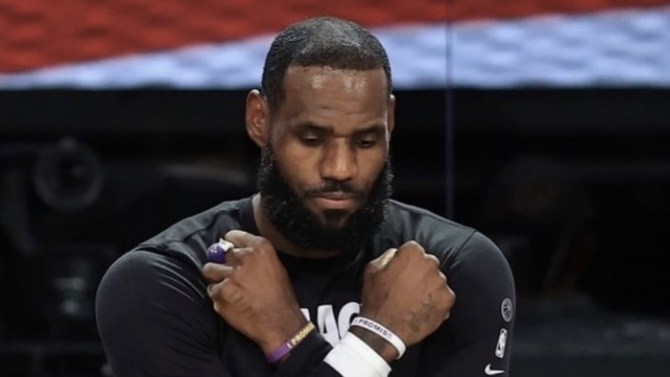 After the Los Angeles Lakers 106-93 victory over the Miami Heat on Sunday night, the team got its 17th franchise championship. With this, LeBron officially won his fourth title on his third different team.

During their postgame celebrations, LeBron was seen doing different handshakes and gestures with some of his teammates. One of the signs caught the attention of the Gangster Disciples, a criminal organization formed in the late 1960s in the South Side of Chicago.

LeBron was subsequently accused of “dropping rakes” during the celebrations, a gesture that was considered disrespectful towards the Gangster Disciples. MTONews.com reported that the “most visited African American News Network,” LeBron “upset many in Chicago’s largest gang, the Gangster Disciples” with the actions.

“And some in the dangerous gang think that Lebron was deliberately taunting them with his hand gestures – and are now threatening the NBA star on social media,” the report read.

A number of people took to social media to respond. Some of the comments read:

“We jumpin Lebron for droppin rakes.” “Lebron was dropping the rakes on live tv they ain’t say nothing , but have the nerve to try and fuck with John wall when that video came out.”

“Imma big LeBron fan... but him he gotta stop droppin the rakes.” “Lebron be dropping the rakes like a mf, u safe in Chicago tho lord.”

LeBron has yet to comment to the comments about his postgame celebrations. However, his gestures may have been innocent, and the whole incident is just one big misunderstanding.