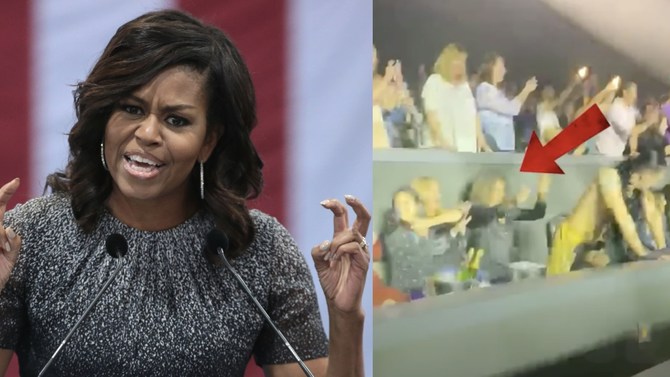 Michelle Obama was seen at a Christina Aguilera Las Vegas show having a blast, especially after one of the dancers approached her and twerked on her.

Michelle was attending Aguilera’s The Xperience on Wednesday night at Zappos Theatre in Planet Hollywood. As Aguilera performed and Michelle sang to “Lady Marmalade,” one of the shirtless male dancers approached Michelle and danced on her briefly.

Michelle was then seen mimicking some butt slaps as the guy moved on, and she kept dancing in her seat.

Michelle and her group of friends were escorted out by her security detail after the show.

Michelle was in Vegas to speak at the Ultimate Software Connections Conference, and chose a night out to wind down.