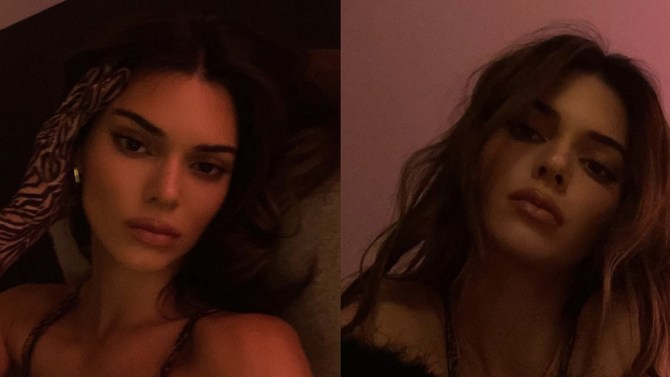 On Wednesday, Kendall Jenner took to Instagram to promo her new makeup collaboration with her sister, Kylie. She posted sultry pics of herself wearing the new KENDALLXKYLIE products, and not much else.

She was dressed in matching lingerie, and sexy elbow-length gloves. Her makeup was flawless, and she made a lighthearted caption for her pics. "Wearing KENDALL X KYLIE makeup collab and not much else," she wrote.

The post attracted praise from fans and her fellow celebrities, with Hailey Bieber writing: "Ok... so... WOW." Her makeup artist, Mary Phillips, commented on the post: "Meow," while Jen Atkin, her hairstylist, wrote: "I love when you drop babe bombs."

While many fans fawned over the pic, others took to the comment section to highlight claims that Kylie and Kendall’s clothing line was not paying its garment workers while they raked in millions. "Tell kylie to pay her workers baby," one person wrote, while another commented, "Kendall pls pay ur garment makers."

According to the article, Global Brands Group, which owns the clothing line, refused to pay for orders because of the economic downturn brought on by the pandemic and the sharp decline in sales.