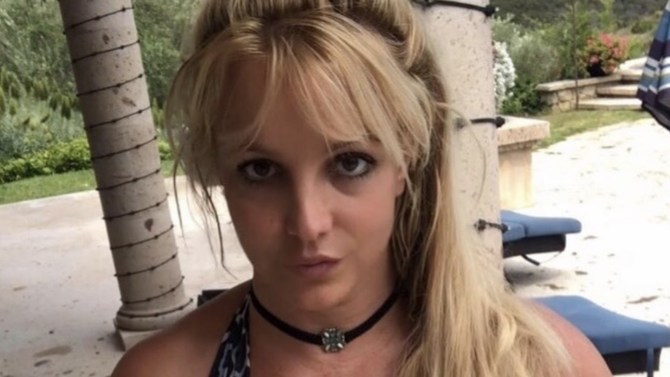 Britney Spears, 38, showcased her new bangs, stating that she got them after some contemplation, and called them her big confidence booster.

She posted her new look on Instagram, and captioned it: "I did it I finally cut bangs!!!!!!" The two photos showed Spears’ new wispy, side-swept fringe as she posed on the beach wearing a pink leopard print bikini.

Her fans flooded the comment section and hailed Spears for her new look. One fan commented: "Britney you look stunning !! Queen of hair risks and fashion statements. Feel all the love around you and smile! Absolutely gorgeous !"

Another person wrote: "Omg you look like an embryo! Youthful queen!"

Her boyfriend, Sam Ashghari, commented on the post saying, "How many comment are going to say 'queen of bangs'."

She also shared another set of photos showing off her new hairdo while wearing a crop top that showed off her ample boson, and a choker.

Last month, Britney revealed that when she was younger, having bangs made her feel better about her looks. She wrote on an Instagram post: "I know I need bangs!!!!! Who would have thought bangs could make you look waaaaay younger ?!?!"

She stated that when she was younger, she felt like she was "an ugly duckling" and "never felt pretty enough" to showcase her forehead under her bangs.

"I stopped having bangs in the 3rd grade and I remember like it was yesterday. It was such a big deal to expose my forehead …. only pretty people in the south could do that and I never felt pretty enough to pull it off. All the beauty pageant girls did it but I never felt beauty pageants were my thing … I had bad teeth and felt like an ugly duckling," she wrote.

"When I pull my bangs in front of my head I feel like I’m protected ... almost like I’m in 3rd grade again!!!" she continued.