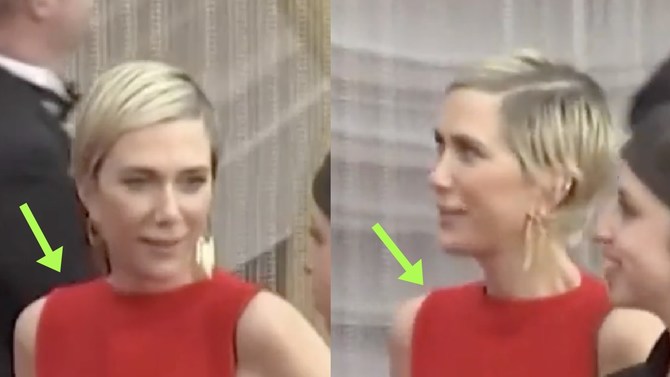 Kristen Wiig, set to play Barbara Ann Minerva in “Wonder Woman 1984,” got fans on social media shocked when they saw her Oscars outfit on the red carpet.

The bright red lobster dress had a shocking effect on viewers, prompting a flurry of tweets, some of which compared her dress to a "bloody tampon,” a "lasagna," and "the lining of your intestines."

"Kristen Wiig looks like a bloody tampon on the red carpet." "Desperately searching for a picture of Kristen Wiig because you guys NEED to see it. Comparisons at my current gathering include: a bug, a swiffer pad, the lining of your intestines #Oscars2020."

"Kristen Wiig is giving us lasagna realness on the #Oscars."

"Kristen Wiig is giving me @manilaluzon pad dress realness and I don’t know if I love it or hate it."

"Get your sea creature wiggle on, Kristen Wiig." "I love Kristen Wiig, but her dress looks like a red lasagna noodle."

Another said, "Kristen Wiig is an architectural valentine, and I would buy this at papyrus if it still existed, RIP, stationary."

"On another, more positive note, Kristen Wiig's dress is EVERYTHING!!! #Oscars2020." "I adore Kristen Wiig so I hope that the fact that her dress looks like a uterus is a political statement for women’s rights! #Oscars2020."