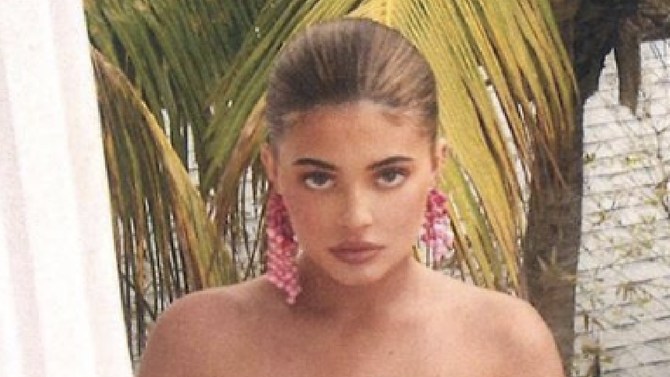 Kylie Jenner and Stassie Karanikolaou made their way to the Bahamas with friends, and managed to get a couple of racy photos on the beach. Kylie wore a see-through pink dress and covered her top while Stassie faced away from the camera, showing her bum.

Kylie captioned the photo: “She got a donk.” Kylie was put on an IV drip when she made it back to the states, signs of a fun holiday break.

Stormi, Kylie’s two-year-old daughter, was also along for the trip, and had fun with her mom on the beach. They later spent a girls’ day out at a farmers market in LA.

Kylie is rumored to be back together with Travis Scott as the two have been seen out together with their daughter. While the pair has not responded to the rumors, Kylie has been sharing throwback photos of Travis on her social media.