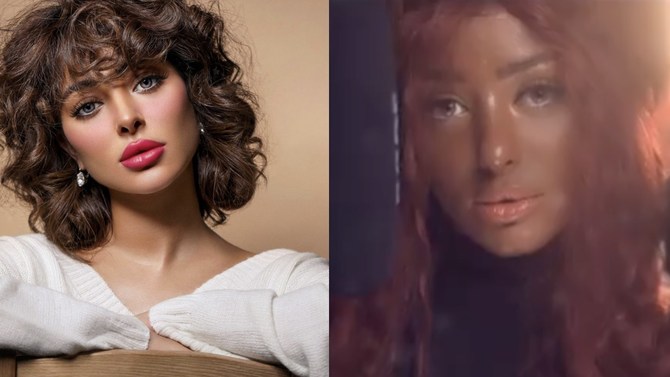 One Instagram beauty influencer came under fire on social media after a number of her followers called her out for using blackface.

Ghadeer Sultan is a Kuwaiti makeup artist with an Instagram following of more than 2 million users. She uploaded multiple pictures and a video which showed her with a visibly darkened skin tone.

She uploaded the first video on New Year’s Eve, showing her lip-syncing to the song "We Are the World 25 for Haiti," which was recorded by a number of stars as a way to raise funds for victims of the 2010 Haiti earthquake. In her video, Sultan could be seen singing into a pretend microphone, and was in different shades of makeup. This was apparently her way of portraying the different races and cultures.

She captioned the post, "No matter where you are from or what you believe in, we are all children of this world, and we all share it together equally. Beauty comes in all shapes and colors, so let's love each other and celebrate our unity."

She then uploaded a picture featuring her in darkened skin tone. The caption read, "HAPPY NEW YEAR."

The posts sparked outrage, with many of her followers calling the makeup an "unacceptable" show of "blackface."

One comment read; “Darkening your face, regardless of the context or the circumstances, is always unacceptable because of the racist history of blackface.”

Another added, "This is the most offensive thing I’ve seen. You can portray togetherness without disrespecting an entire culture. So uneducated, this is beyond unnecessary and unacceptable."

A number of people asked her to delete the posts, while some asked her to find a black model instead to showcase her makeup skills. However, others defended her, arguing that she did not intend to insult people with different skin tones. One wrote, "Racism is all about intention, [and] if her intention is to showcase beauty behind dark skin then this isn't racism."

"Isn’t blackface when people make fun of black people? It looks like she’s embracing black people and making it beautiful. I think this is an exception, she means no harm and has put on beautiful make-up," another commented.

Sultan did not seem fazed by the controversy, and even shared another picture in darkened face. She captioned it; "I am not racist... I hate racism. What I’ve done is only to show what I am capable of... I love you all Life is meant for living... living with love and passion for every one without thinking of what they are could really change your life."

However, many still maintained that her blackface was unacceptable.