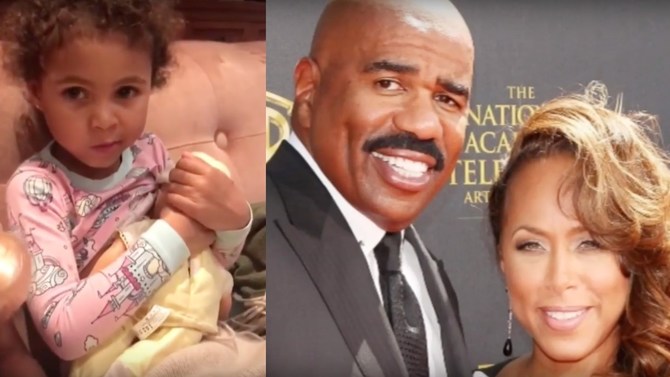 In the video, the two little girls propped baby dolls in position and pretended to breastfeed them. Marjorie then asked them what they were doing, and one responded, “Feeding her babies,” with the other girl adding, “From our bodies.”

Like any other child, the two were evidently mimicking what they had seen their mothers and aunts doing. Amanda Harvey, Rose’s mother, gave birth in September and is breastfeeding the newborn, Ezra. 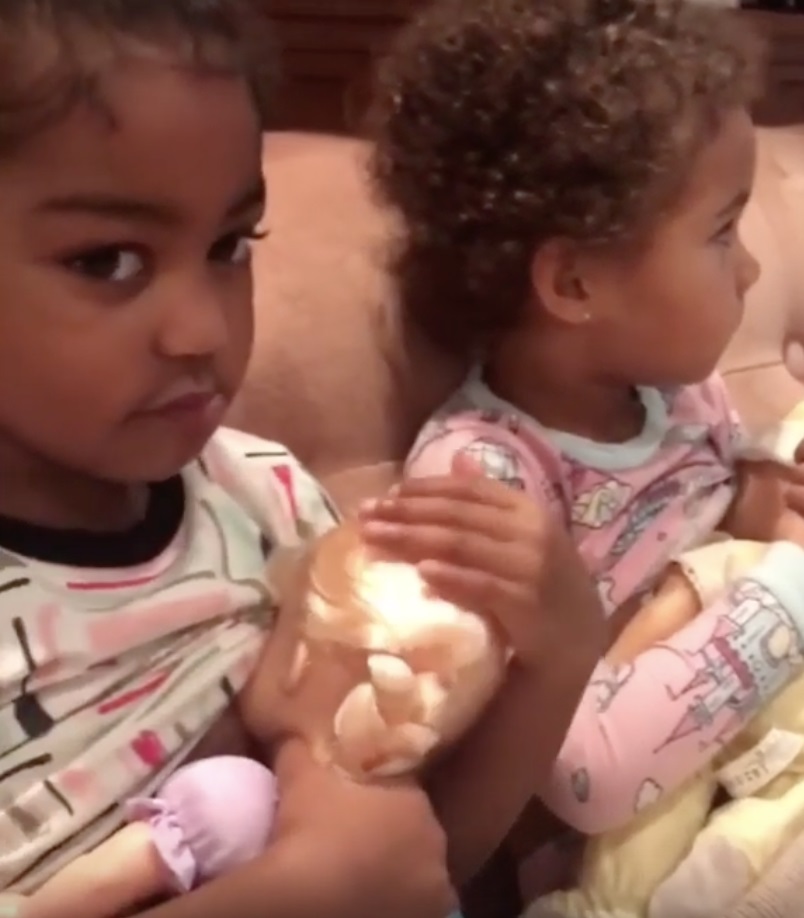 The video, like any other nursing-related post, garnered mixed feelings from many people. Many were evidently outraged and quickly took to the comment section to express their opinions.

One parent commented, “We need to stop allowing our daughters to grow up fast and mimic the things they see grown women do. This is totally not cute at all.”

Another wrote, “I agree breastfeeding is normal...However playing house has limitations, as do many other versions of adult living to kids. Some family moments are not public ones.” 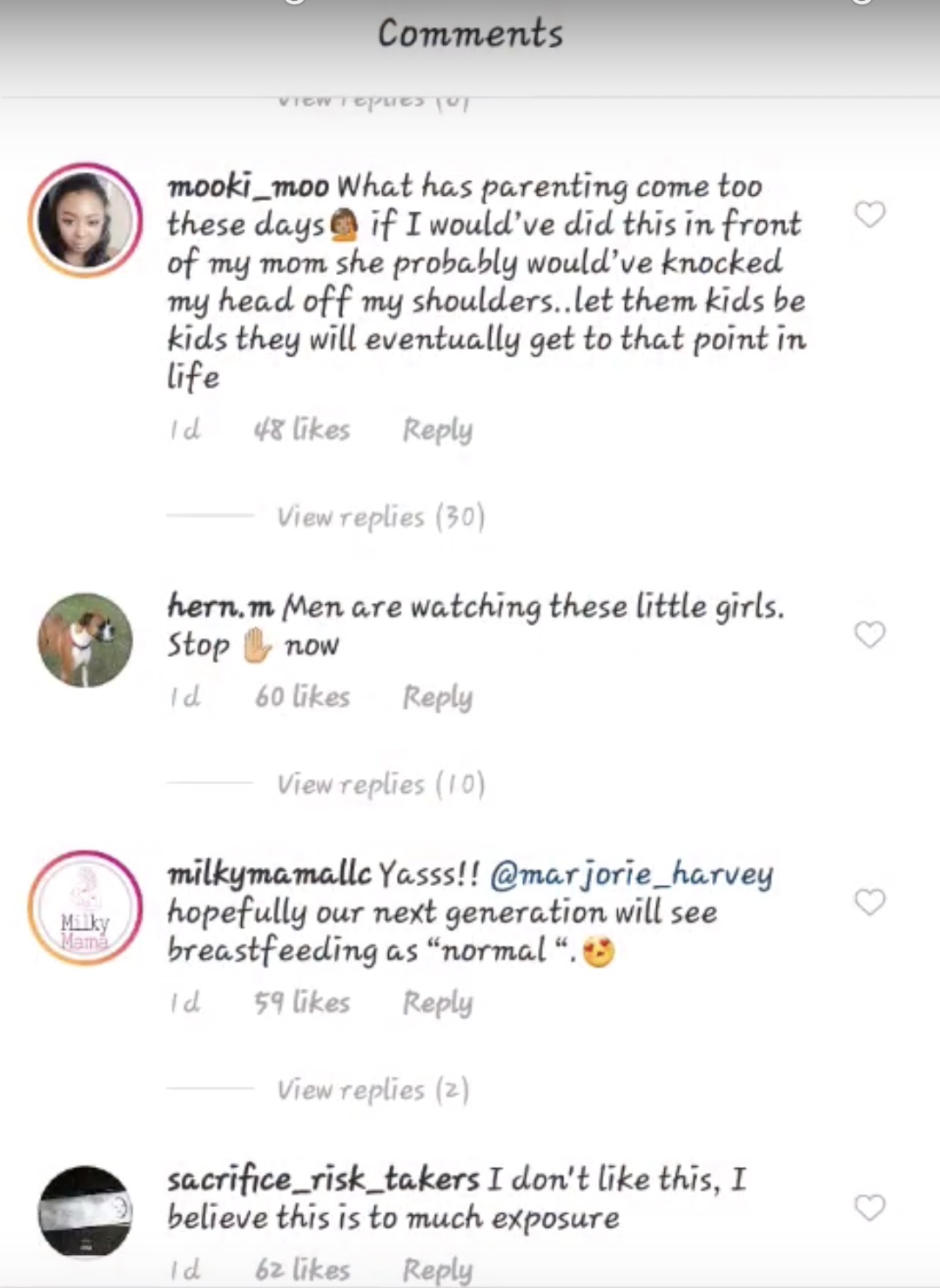 One teacher commented, “I’m an educator and too many children today are doing ‘grown people’ things too soon, no matter how innocent it might seem.”

However, there were those who left positive feedback.

One of the comments read, “I’m a mom of two girls, and they do whatever they see and move on to the next fun thing. It’s a kid moment—it’s really not that serious.” 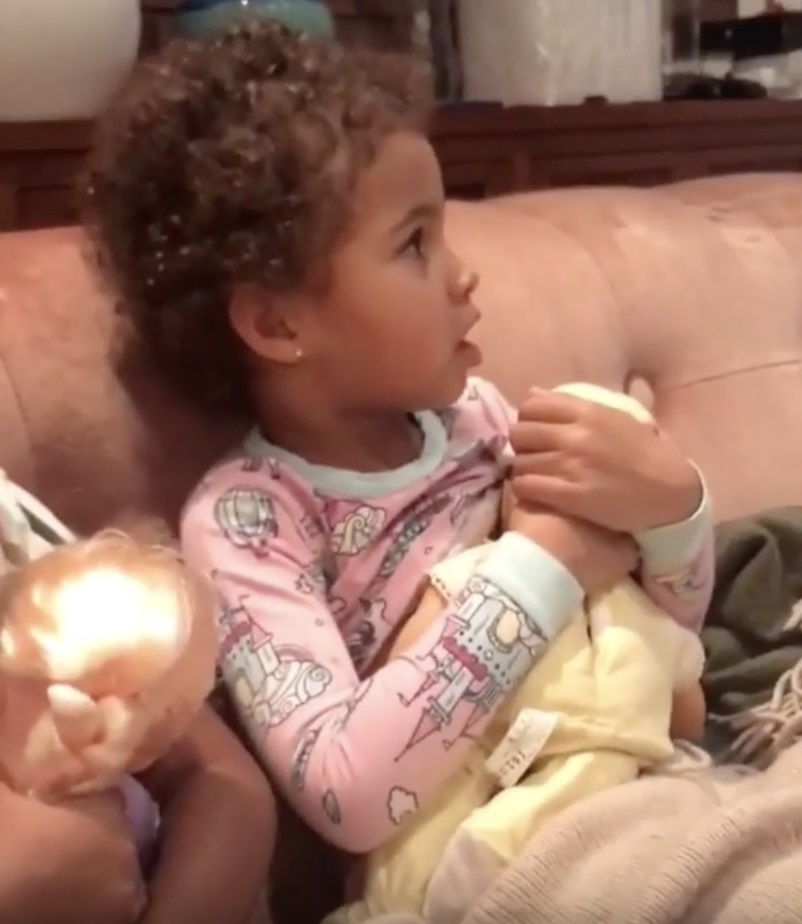 Another mom commented, “Leave it to people to take something natural and beautiful and make it disgusting. It’s not sex, it’s feeding your baby the way you were intended to.”

Marjorie Harvey responded to the negative comments through her Instagram story, stating that she found them funny.