Steve Greig, an accountant from Colorado, felt like he was at an important crossroad after Wolfgang, his red miniature Pinscher, died four years ago.

“I knew that this would be the beginning of the rest of my life. When any pet dies, the pain can be so intense and heartbreaking that many people will try to avoid this again at all costs. But, if when a pet dies you allow another one to live in their place, it is incredibly powerful. You have both honored your fallen pet’s life and given dignity to another that probably wouldn’t have had that opportunity.” 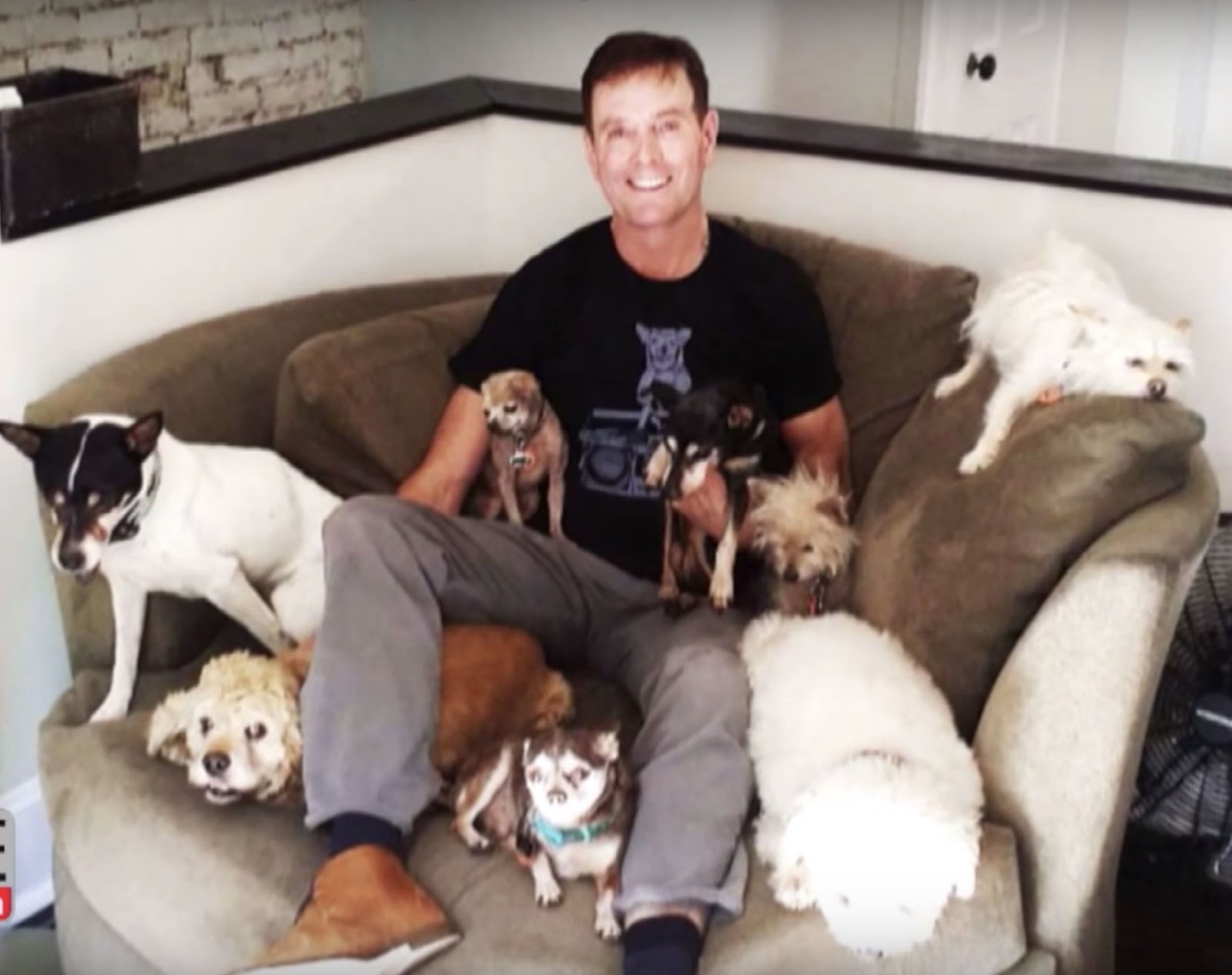 Greig wanted to adopt a new pet from a local shelter in order to pay tribute to Wolfgang. However, he wanted something specific: to take home the oldest and least adoptable dog. He found Eeyore, a 12-year-old dog with bad knees and heart murmurs.

In an interview with ABC News, he said, “I was so distraught, but I wanted to find a way for something great to happen, to give [Wolfgang’s] death meaning.” 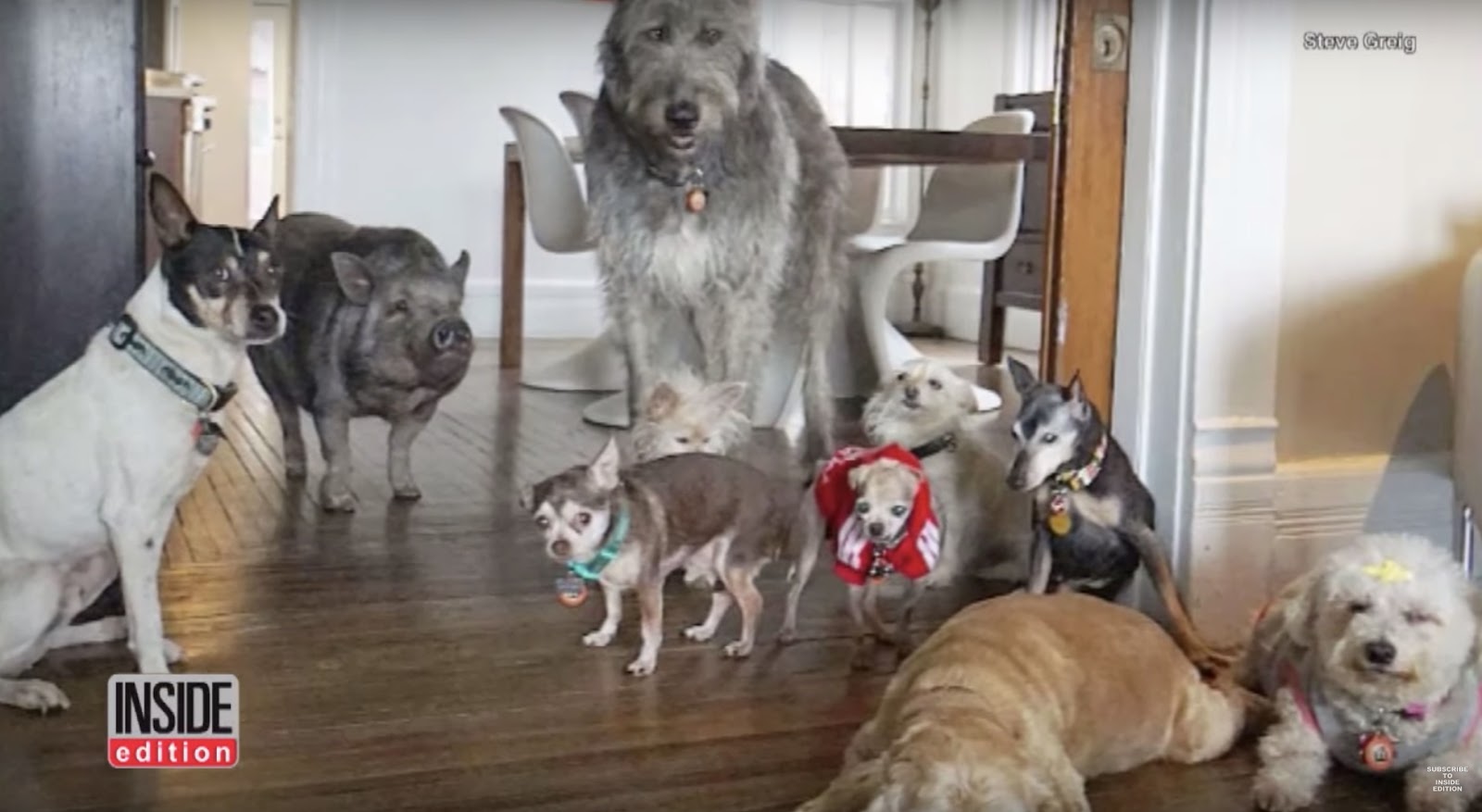 “It just took off from there,” Greig said, “Whenever I came across a dog that didn’t look like it was going to find a home, I took it in.” He then dedicated his life to caring for these senior animals. His home now hosts almost two dozen pets; eight elderly dogs, two ducks, a miniature pot-bellied pig, chickens, two calico cats, and a rabbit.

He has a housekeeper and a roommate helping him. However, he shares that caring for them can take a toll. “It can be a repetitive, exhausting cycle,” Greig stated, “But I know how blessed I am to take care of these animals.” 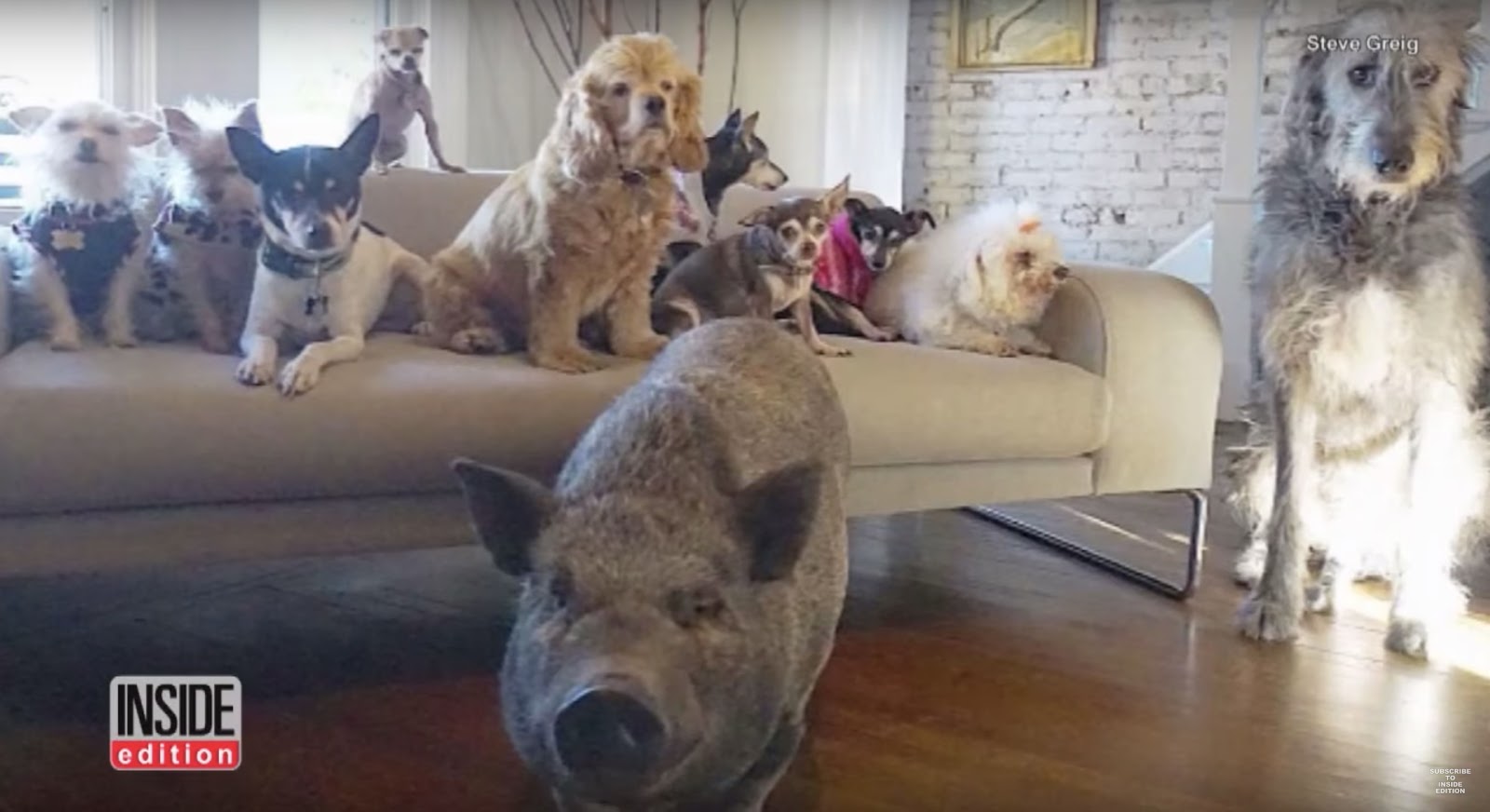 In an interview with photographer Nancy LeVine, he stated: “I love all dogs, but there is just something special about the bond between the owner and a shelter pet.”

“Knowing that you saved an animal from possible death has an incredible impact on both of you,” he concluded.