Kid Rock is under fire, and has been called a sexist for a tweet he posted on Friday morning about Taylor Swift being a Democrat.

“Taylor Swift wants to be a democrat because she wants to be in movies….period.  And it looks like she will suck the doorknob off Hollyweird to get there. Oldest move in the book. Good luck girl,” the President Trump-supporting rocker tweeted to his 600,000 followers. 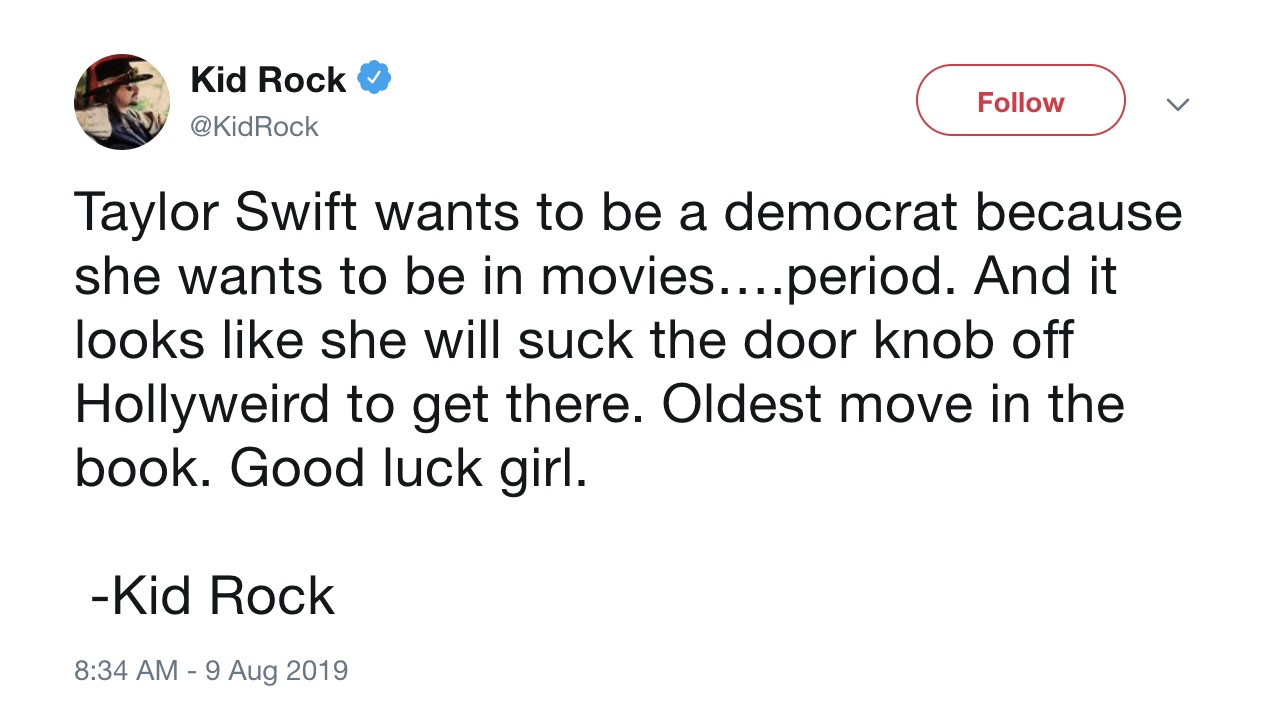 Taylor Swift, who is set to perform in the upcoming film version of “Cats,” only recently got involved with the partisan debate before the 2018 midterms, declaring herself a Democrat and quelling rumors that she was a closet Trump supporter.

“Unfortunately in the 2016 election, you had a political opponent who was weaponizing the idea of the celebrity endorsement. He was going around saying, ‘I’m a man of the people. I’m for you. I care about you.’ I just knew I wasn’t going to help," Swift said, referring to Trump.

She added: “Also, you know, the summer before that election, all people were saying was ‘She’s calculated. She’s manipulative. She’s not what she seems. She’s a snake. She’s a liar.’ These are the same exact insults people were hurling at Hillary. Would I be an endorsement or would I be a liability? Look, snakes of a feather flock together. Look, the two lying women. The two nasty women. Literally millions of people were telling me to disappear. So I disappeared. In many senses.” 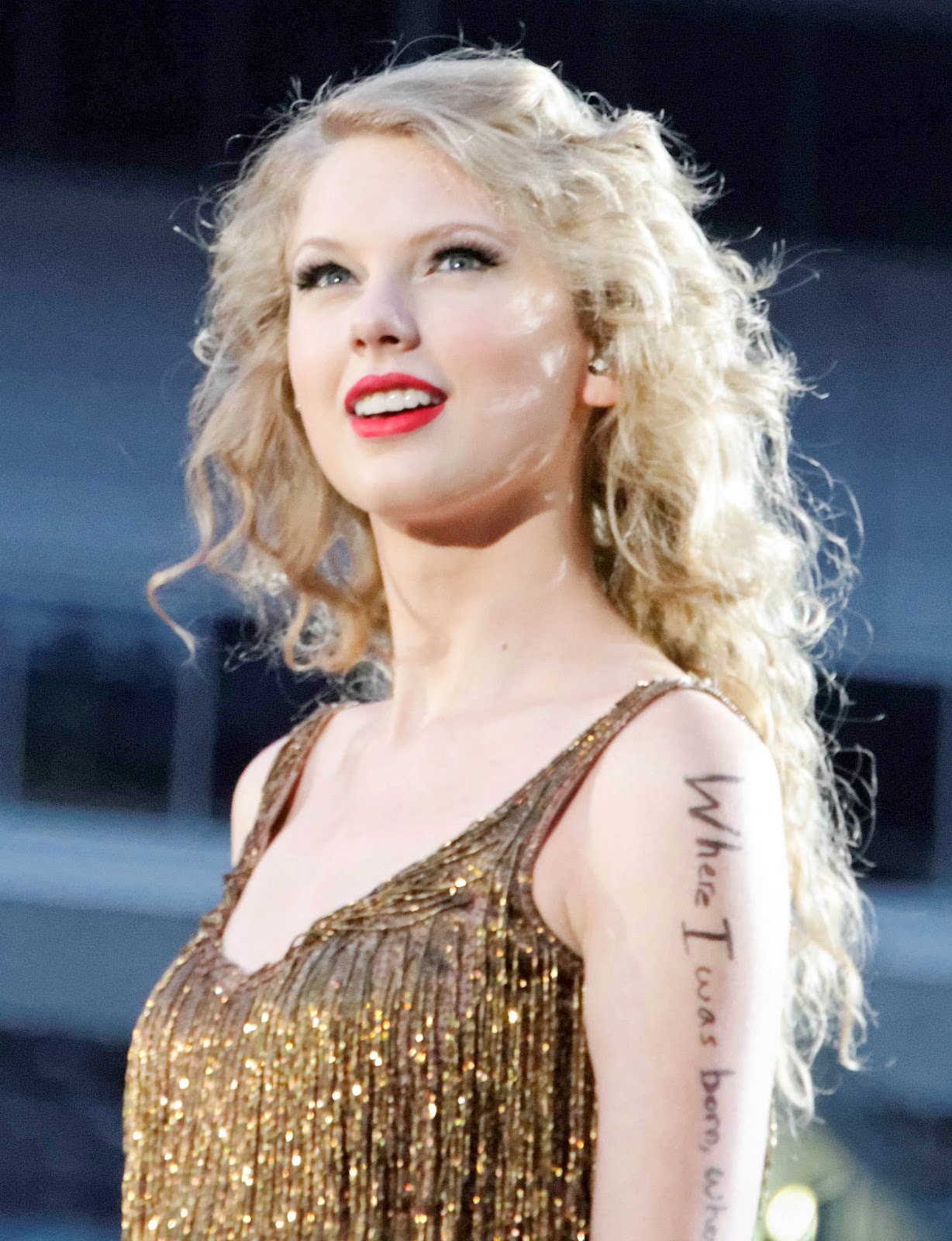 Taylor did not respond to Kid Rock’s tweet, but others absolutely did. His name became a top trending topic on Twitter by Friday afternoon.

Twitter user, Fred Wellman, said: "We knew it was from you because it’s sexist, ignorant and dripping with jealousy for a more successful musician. You’ve proven just who you are for everyone." 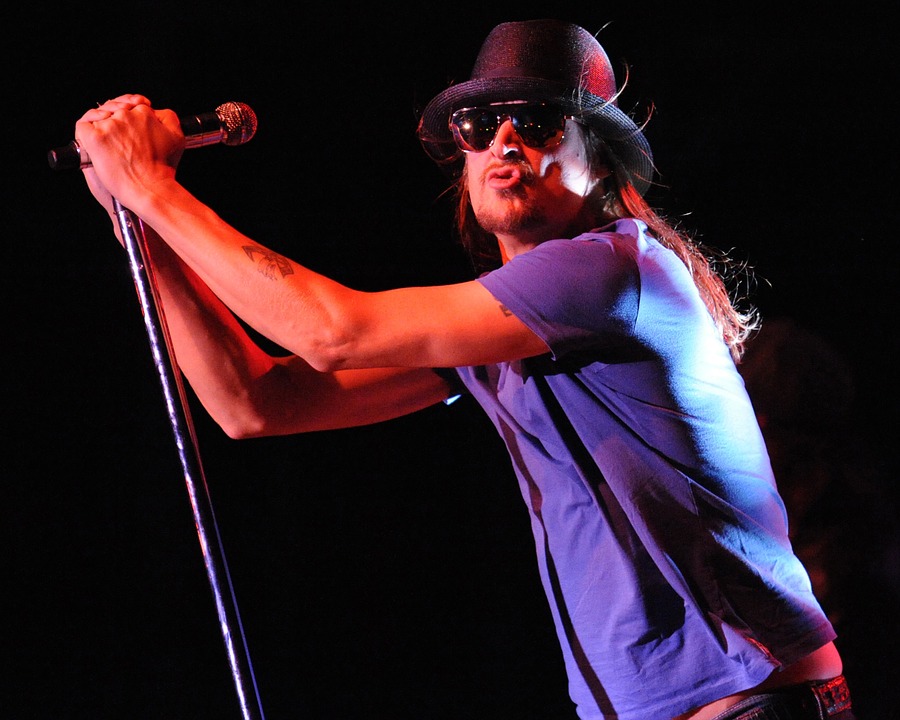 Another user added: "I’m boycotting Kid Rock’s music because of stupid s*** like this. It’s America son, people have the right to pick what party they want to belong to. If you don’t like it leave it."