A sunbather lay a few feet away from where family and friends posed with the newlyweds at a famous beauty spot in Devon.

Wedding guests were annoyed and angry at the individual, since she did not move out of their way as they took pictures in the public park.

Newlyweds Mark Ling and Mandy Cripwell were posing with their wedding guests in Torquay, Devon while the sunbather lay a few feet away.

In the video taken by Natalie Ling, Mark’s 28-year-old cousin, a woman could be seen lying on the grass while the wedding photographer took pictures inches from her head.

The guests thought that she would take it upon herself to move, and no one asked her to move. The shoot carried on while she lay there. After 10 minutes, the woman got up and walked away, leaving all her stuff behind.

Natalie stated, "I don't know if the photographer got any good photos or not. Eventually she got up and left after about 10 minutes of us being there taking photos - but she still left all her stuff there. It was bloody rude and disrespectful."

She told Devon Live, "We all spotted her there and thought she would move, but she just didn't. I thought 'how rude!'” 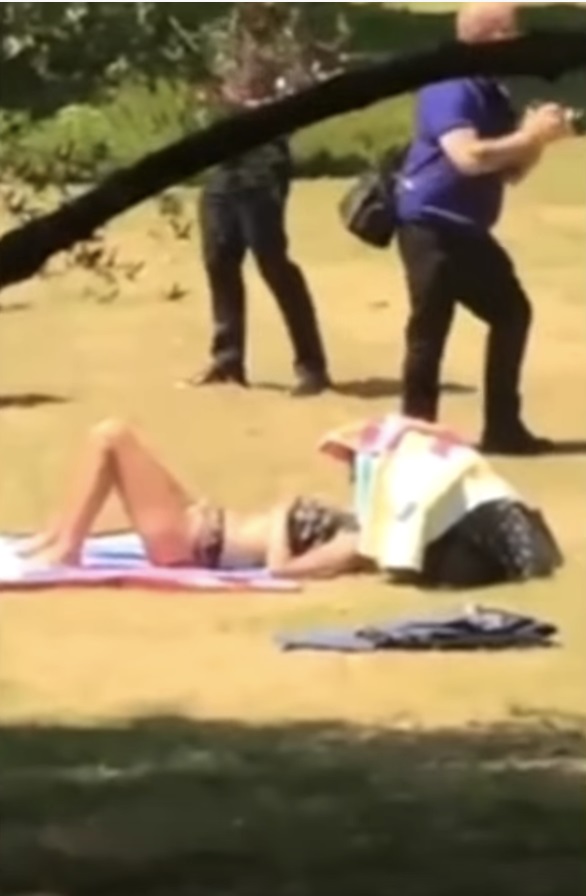 She added, "She was surrounded by wedding guests, the couple were behind her and the photographer kept calling different people over for pictures - so she knew what was going on. No one actually confronted her about it because it was Mark and Mandy's big day and we didn't want the stress of any confrontation."

But others have a different opinion, and are defending the sunbather.

A person stated, "The wedding couple should not have assumed that the public would have moved out of the way for their wedding photos to be taken in a 'public park.' They really should have booked their own private garden or grounds to guarantee the exclusive use for a wedding photo shoot."

Another one stated, "This is a public area - Was she there first? Did anyone have the manners to hold a conversation with the sunbather, which I am sure would have been met with the correct response?"