A photo of a teen wearing an anti-Hillary Clinton T-shirt to school went viral.

Richard Gautier shared the photo of his son to his Facebook page and described the interaction between the student and his teacher when he arrived to class with the shirt on.

So...Mason wore his "Hillary for Prison 2016" shirt to school today. One of his Clinton-supporting teachers whom he's has political discussions with asked, "Did you wear that for me?"

His reply, "No, for Chris Stevens." 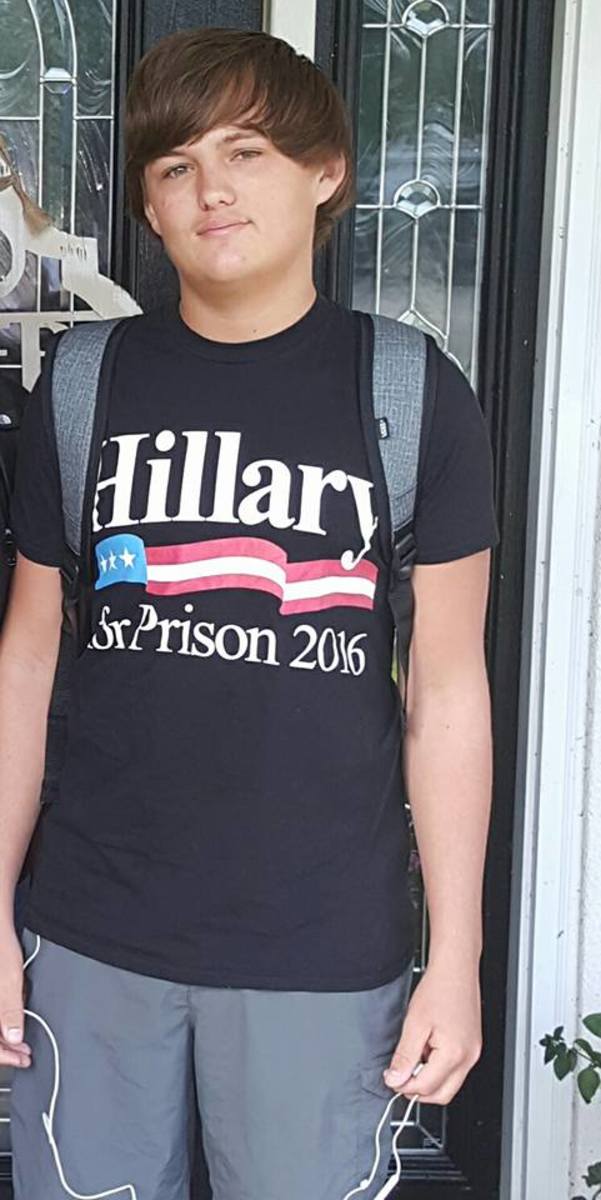 The post quickly went viral, with many praising the student for his response to the teacher.

“AWESOME! Now that's a young man who is being raised up right!” one viewer commented.

“Kid has got some nades. He got'em from his gene pool,” another wrote.

There’s been a significant amount of anti-Clinton merchandise sold at Donald Trump rallies and the Republican National Convention by third-party Trump supporters, with much of it including expletives and sexist language directed at the former secretary of state.

“This can only happen at a Trump rally,” Trump said in reaction to a "Trump That B----" bumper sticker held up by a supporter at a rally in early 2016, reports Fortune.

“Sir, you’re reprimanded, OK? But we’re not throwing him out, right folks?”