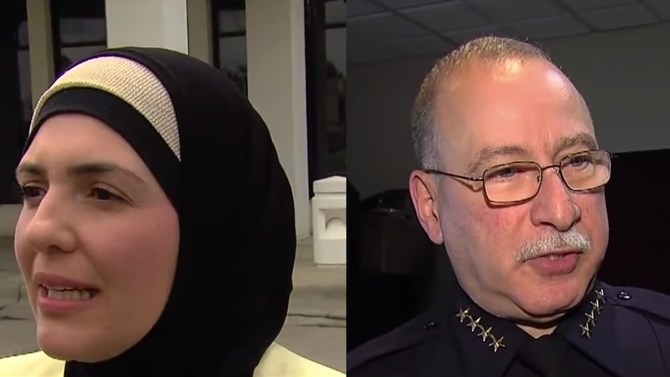 The city of Dearborn is currently facing a federal lawsuit, along with the Dearborn Police after allegedly forcing a Muslim Woman to remove her head scarf (also known as hijab) following her arrest.

The federal lawsuit that was filed just last Tuesday by the American Arab Anti-Discrimination Committee also included the Dearborn Police Department, the Police Chief Ronald Haddad along with other several officers following the lawsuit.

The victim, Maha Aldhalimi, was told that she was already wanted for an unpaid parking violation during her arrest, but she states that she was not aware of the ticket.

Following her arrest at the Dearborn Police Department, Aldhalimi was then ordered to remove her head scarf for a photo, in the presence of several male police officers.

Aldhalimi said that she was crying while explaining that she is unable to remove her headscarf, as removing the scarf in front of any male officers would violate her religious beliefs - as per her religion, she is not allowed to show her hair and bare neck to the other gender.

She then finally agreed to remove her hijab after she was threatened by the police.

Aldhalimi said in her statement: “I am scared to leave my house now, and if I see a police officer when I am driving somewhere, I start shaking uncontrollably and turn in the opposite direction.”

“We must not live in a society where the oppression of women or religious minorities can be condoned, especially when this violation is committed by the very entity charged with protecting them – the Dearborn Police Department.”

Another similar incident happened earlier this year in Dearborn, when another 27-year-old Muslim woman was forced to remove her hijab for driving on a suspended driver’s license. She initially asked for a female officer, but was not granted one as she was told no one was available.

A lawsuit case from the US District Court is pressing for the city of Dearborn Heights to undergo sensitivity and diversity training, but is still pending as of the moment.