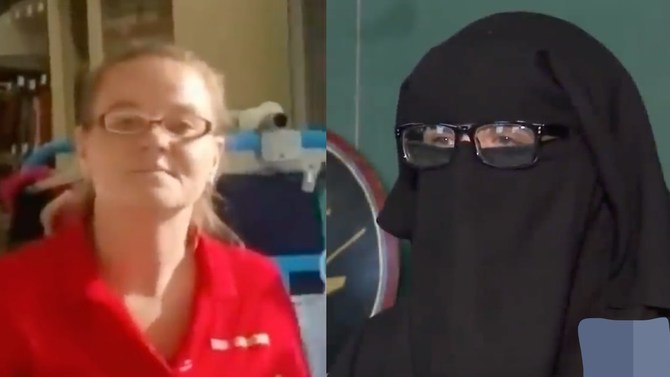 A Muslim woman wearing a headscarf was forced to leave a Gary, Indiana, dollar store after the manager feared that she was a robber in disguise (video below).

Sarah Zawjahtul Abdullah Salaam was shopping at Family Dollar when the incident occurred. She posted a video to social media which has since been deleted.

In the clip, RawStory reported, Salaam was called out by the store manager for wearing a niqab.

"Yes, ma’am, if you can’t remove that from your face I need you to leave the store," the manager told the woman. Salaam then reminded the manager that her outfit was religious, and added that some women come into stores wearing bikinis -- but the manager refused to allow her to stay if she continued wearing it.

"You have to understand, too, that this is a high-crime area where we get robbed a lot," the manager responded.

The manager even threatened to call the police on the woman if she didn't comply and remove her headscarf.

Many readers felt that Salaam should have complied and left the store considering the manager's concerns.

"f you are in this country, whether you are an immigrant or natural born citizen, and you are so unhappy with the laws and customs then please feel free to exit the borders east, west, north or south. I promise that those of us who live here and love this country won't care one little bit," one reader commented on the site's Facebook page.

"You go, Family Dollar and the management who made this Muslim leave. Don't tolerate any person who is ungodly, unkind, unbelieving, unwilling to abide by American laws, unjust, and a bully for rudeness, yelling, complaining, taking what isn't theirs( like this country). Stand up for yourselves and America," another wrote.

"It is a safety issue , I would NOT go shopping in a store where they allowed anyone covering up their face , doesn't matter how it's covered , only matters that if is covered. It is scary. Ski masks are not allowed either , which is a good thing," another added.