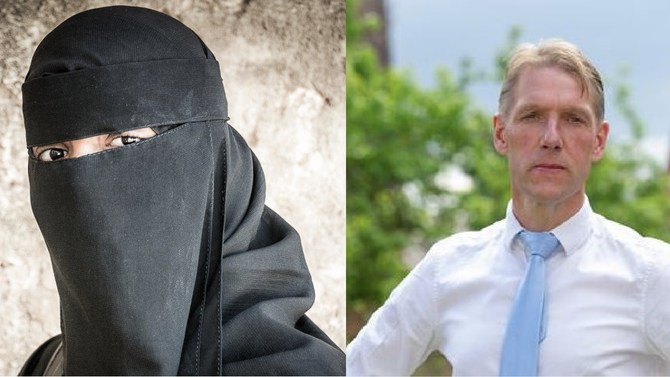 Dr. Keith Wolverson's actions started a controversy after he reportedly asked a Muslim woman to remove her veil during a routine hospital visit. The doctor is now facing an investigation and has shared that he has been "rather fearful of the consequences" after accusations of discrimination were lodged against him and reported to the General Medical Council.

In May 2018, 52-year-old Keith Wolverson was at Royal Stoke University Hospital’s walk-in clinic when a Muslim woman wearing a full-face veil approached him. The woman asked Wolverson to treat her 5-year-old daughter's sore throat. However, the doctor recalled that he could not understand what the woman was saying because her voice was muffled by the veil she was wearing.

To fully understand the unnamed woman, Wolverson asked her if she could remove the veil. The woman complied with his request, but it wasn't until the woman's husband found out about the incident that a complaint was filed against Wolverson at the hospital.

In an interview with the Mail, Wolverson said that he had treated a number of Muslim women before and had never faced any discriminative complaints.

“It’s very difficult for anyone outside the medical profession to understand what this means to a doctor,” Wolverson told the news outlet.

“It was about communication. I think it’s really difficult to communicate appropriately and accurately if one can’t see the facial movements as well. It’s a similar thing to asking a patient to remove a crash helmet. It’s not about culture, it’s about clarity,” he added.

Wolverson also revealed that the woman was neither offended nor upset over the matter. Because of this, Wolverson said that he considers the investigation as a "threat of unimaginable proportions."

“These matters usually take about a year, during which one can’t get any locum work because one is obliged to declare that one is being investigated, and no one will touch you while it is going on. So I knew my life would be on hold for months, and my 23-year career could be left in ruins,” he said.

Over and above what's happening, Wolverson chooses to fight and stand for what he believes is right. As the petition to keep his 23-year-old profession at bay rises to 132,000 out of the required 150, 000 votes — Wolverson continues to fight for his right.