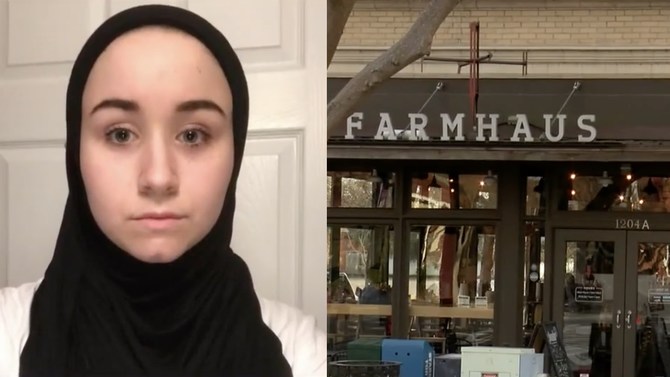 The Council on American-Islamic Relations’ Georgia chapter has filed a federal discrimination charge against a local restaurant owner on behalf of an Augusta woman who alleges she was harassed because of her hijab.

The complaint was filed against Sean Wight who was identified as the owner of Farmhaus Burgers. Lacey Enevoldsen, who was also an employee of the said restaurant, claims that she was discriminated by Wight after she began wearing her religious head covering to work.

Enevoldsen decided to resign because of the harassment she allegedly experienced from Wight. It was then that she decided to make a legal stand against her former employer. With the help of CAIR, Enevoldsen successfully filed the charges.

“CAIR is our nation’s largest Muslim civil rights organization. Our mission is to enhance the public understanding of Islam, to counter Islamophobia, to protect civil rights and to build bridges of understanding with our neighbors. We are here today to discuss an important subject and that is the subject of employment harassment, employment discrimination, bigotry in the workplace,” Edward Ahmed Mitchell, the executive director of CAIR’s Georgia chapter said in a statement.

Moreover, Wight denies the allegations made by Enevoldsen.

“It would be inappropriate for us to discuss the details of a personnel issue, and it is disappointing that this former employee is choosing to spread lies and distort the facts,” he said.

He added: “We respect everyone’s right to practice their religion, and we support our employees in their choices. We have never told any employee that religious attire could not be worn to work. We strive to make fair decisions about all aspects of the operation of our restaurants, and we’ve done so every day we’ve been in business. Employees may not like every decision made. That’s just the reality of all workplaces."

Following the defense statement, Mitchell said that they will give Wight the chance to make amends with Enevoldsen.

“We have reached out to him in the past to do that, and we hope that he will take our extended hand and we’ll be able to resolve this peacefully, quietly and privately to the extent that we can,” Mitchell said.