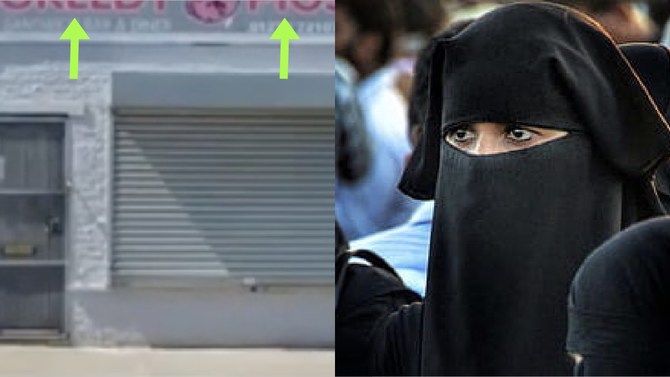 Shelly Harper took to social media to share a letter that had been sent to her restaurant, Greedy Pigs sandwich bar and diner. The diner is located on Paley Road, East Bowling.

Many people on social media were quick to condemn the letter’s message.

It read; “I am writing to you to inform you we as a whole community are extremely concerned about the name of your shop’s trade or the sign board. The name Greedy PIGS is extremely wrong, disgusting, shameful and offensive to the passer-bys and community. Please immediately change the name of your shop to something else which is not offensive. There is no need to call it Greedy Pigs.”

It continued, “Use common sense. That’s not how you should be naming a shop. Not everyone in the communities believes in the same thing as you and not everyone agrees nor appreciates silly shop names as the one you have put up outside your shop.”

It adds: “So the first thing you need to do is change that stupid name from the shop’s sign board and get rid of the pictures of the pigs. Not everyone finds the name Greedy Pigs or the pictures of pigs to be pleasant and not everyone consumes pork and pig products.”

The letter then suggested how the café could better improve its food handling, “in order to attract customers from a halal diet and vegetarian diet backgrounds.”

The letter was signed: “Regards: from the community.”

45-year-old Harper opened the café 16 months ago. She stated that she received a similar later a few months after she opened, but then never got another one since.

The second letter was received as young Asian men drove by the café, hurling insults at her. She was afraid something would happen, so she reported the incident to police.

She stated, “I feel really upset. I’m devastated. I welcome everybody. I don’t care what religion, what color anybody is - I get on with everybody, or try to. My customer base is so diverse. It’s upsetting because it’s just a name.”

The café’s name was inspired by the nickname Harper gave to her partner. She maintains that she will not change the name.

She said, “I don’t see why I should. I don’t expect anybody else to change. We all have our own beliefs and that’s fine, but your beliefs should not be put on to anyone else. If someone had to come in and said ‘can I speak to you about this’, I would have said ‘I didn’t mean to cause any offence.’”

“A hate incident has been recorded in relation to this matter and further enquiries are being made,” a West Yorkshire Police spokesman stated.