Neil and Tricia Swan had decided to get married in a traditional Catholic Church ceremony in Kincasslagh, County Donegal in Ireland. However, the bride’s friend, Gavin, decided to do something special during the wedding that was not part of tradition.

During the wedding which had “a host of local celebrities,” Gavin decided to surprise the wedding couple with a “Catholic style” flash mob, one without dancing but with glorious singing. 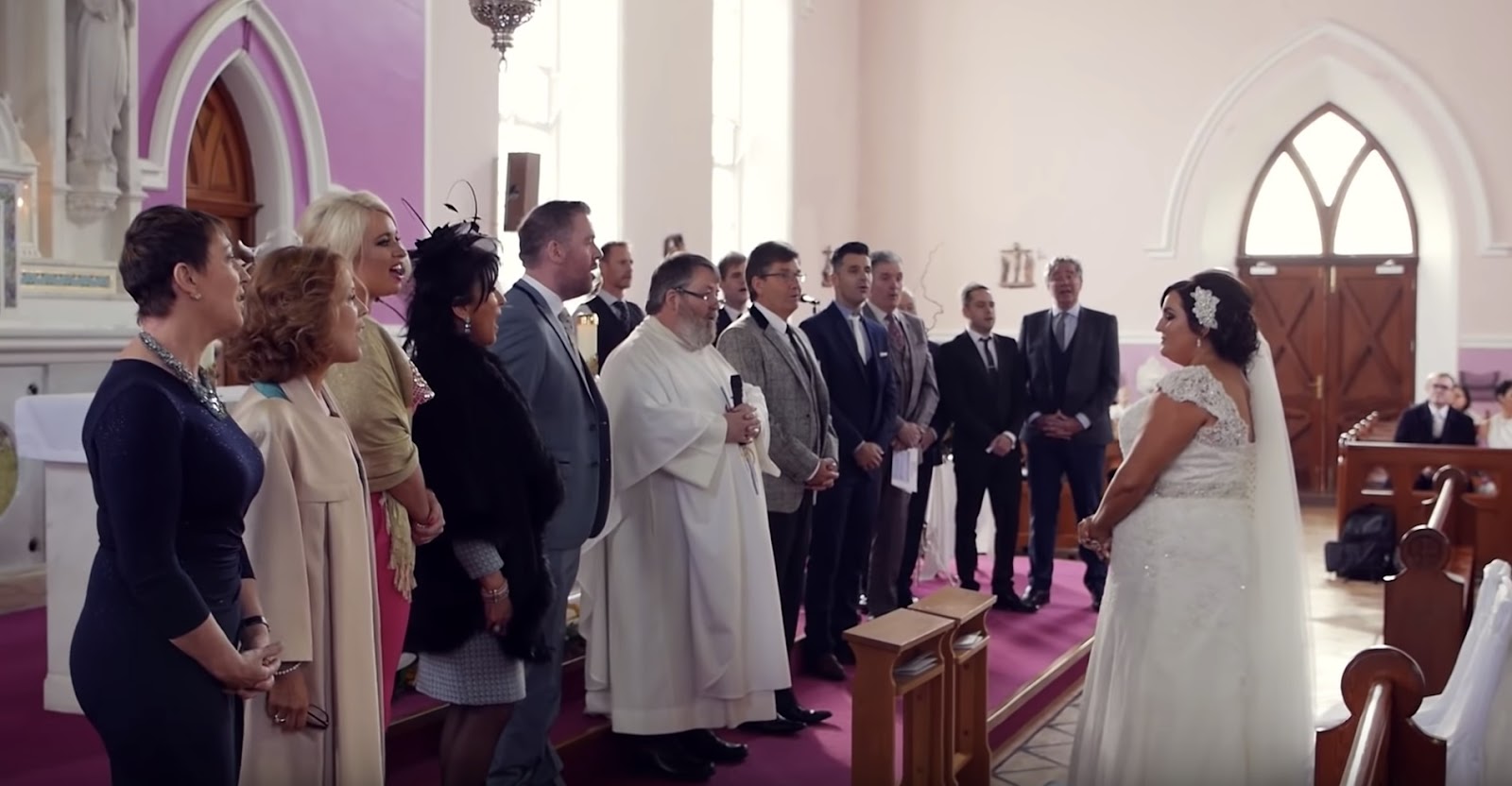 In the video, both the bride and the groom can be seen standing before the priest. When they are just about to say their vows, the priest starts to sing. The bride, surprised and curious at the turn of events, looks to the audience. 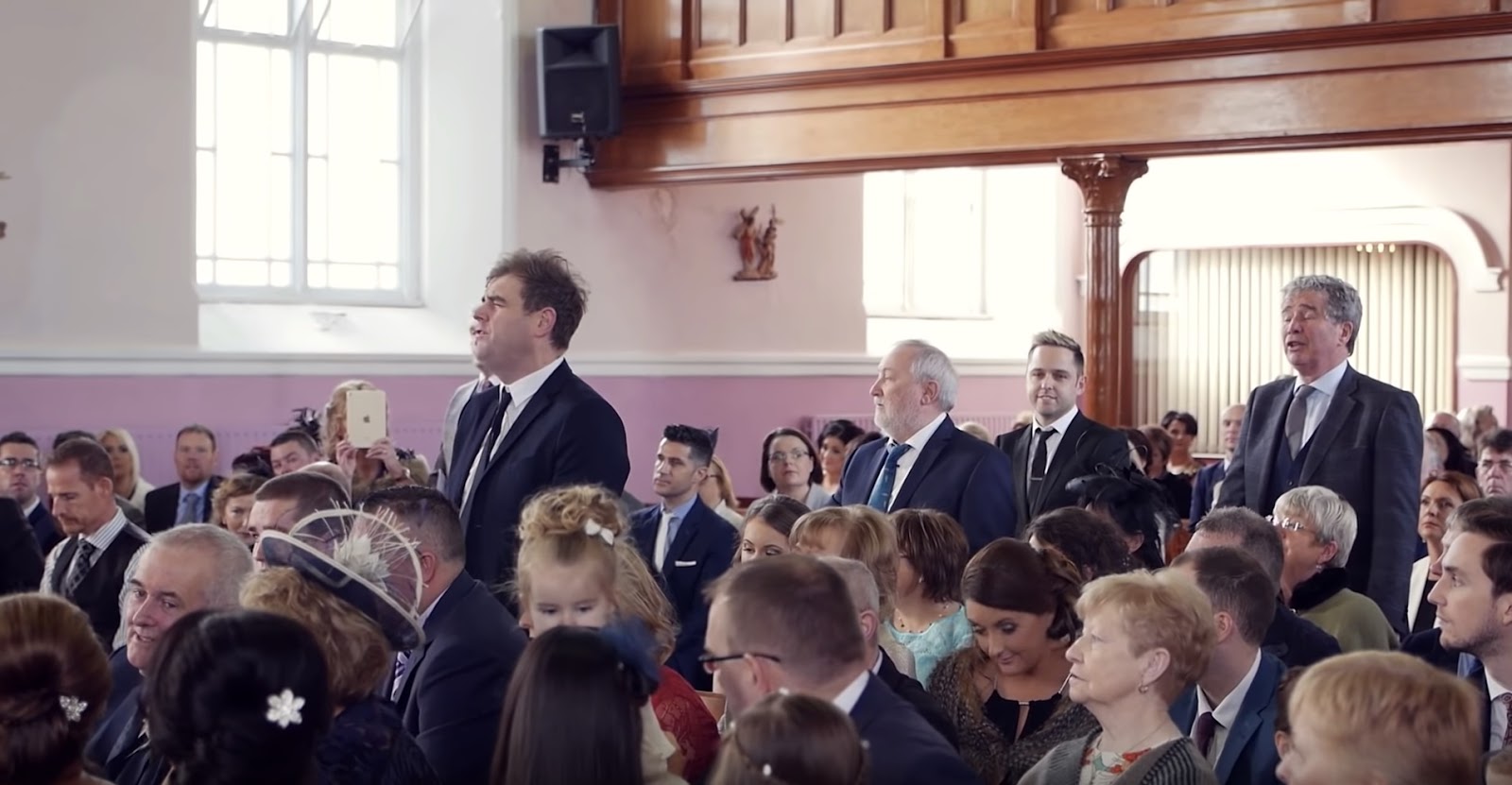 It is then that she hears another man’s voice — her friend Gavin’s. Other guests start to stand up one by one singing, eventually making their way down the church’s aisle, filling the place with melodies of “How Great Thou Art” accompanied by the church band. Other guests were also surprised, and many took their phones out to film the special moment, with visible smiles and admiration on their faces. 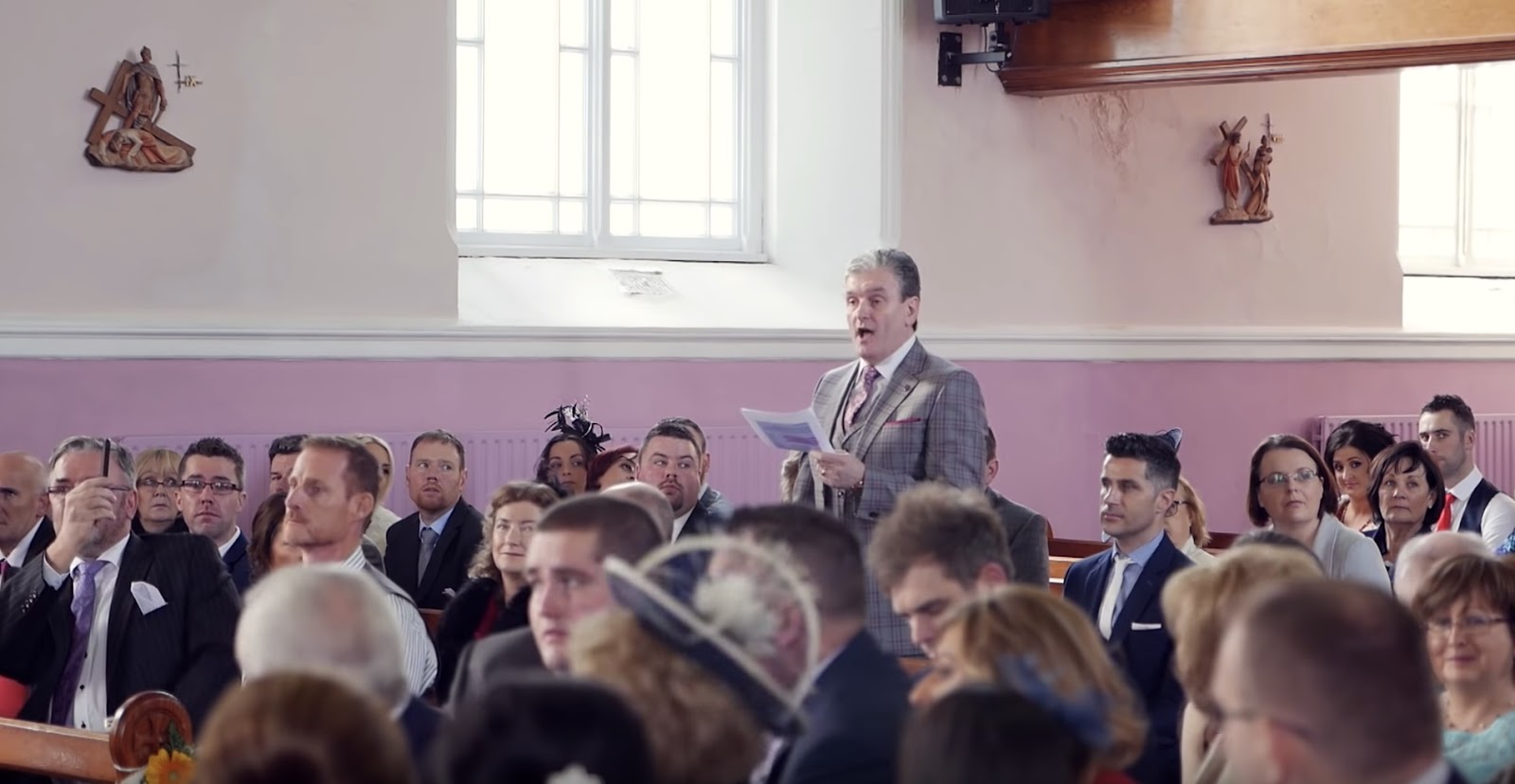 The singing guests then positioned themselves on the priest’s sides, facing the bride and groom. The bride could be seen wiping her tears, visibly touched by the surprise and the growing flash mob.

As the song comes to an end, the bride and groom clap their hands and the audience follows with a standing ovation.