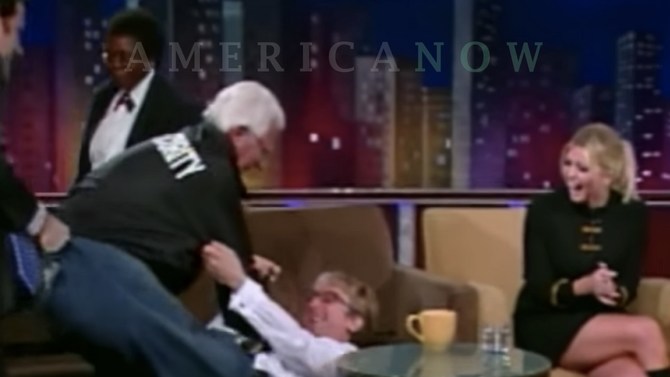 In just days after comedian Andy Dick’s arrest for alleged sexual battery, a video him rubbing Ivanka Trump’s leg back in 2007 from the Jimmy Kimmel Live! show has resurfaced.

While Kimmel interviews Ivanka, Andy Dick interrupts and interjects, “You don’t play up the glitter on your legs?” He then rubs his hands on her legs. Ivanka, evidently surprised at the gesture, attempts to laugh off the behavior from Dick, all the while slapping Dick’s hand away from her. Kimmel then intervenes, saying, “Andy, please don’t touch Ivanka.” 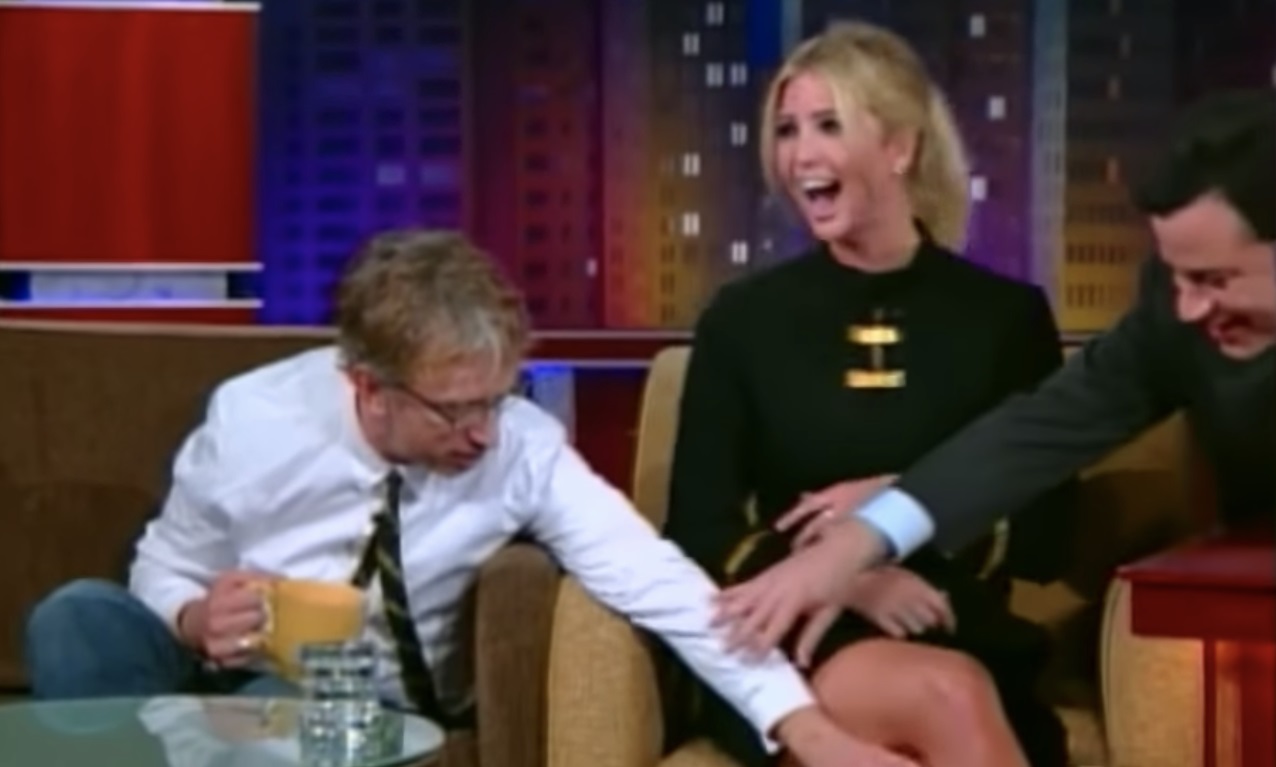 The comedian ignores the talk show host who has stood up to remove his hand from Ivanka’s legs. Ivanka, attempting to ease the tension, asks, “Oh wait, did I say I was single? I thought I had a boyfriend.”

Kimmel adds, “Andy, please don’t. Donald Trump will kill both of us.” 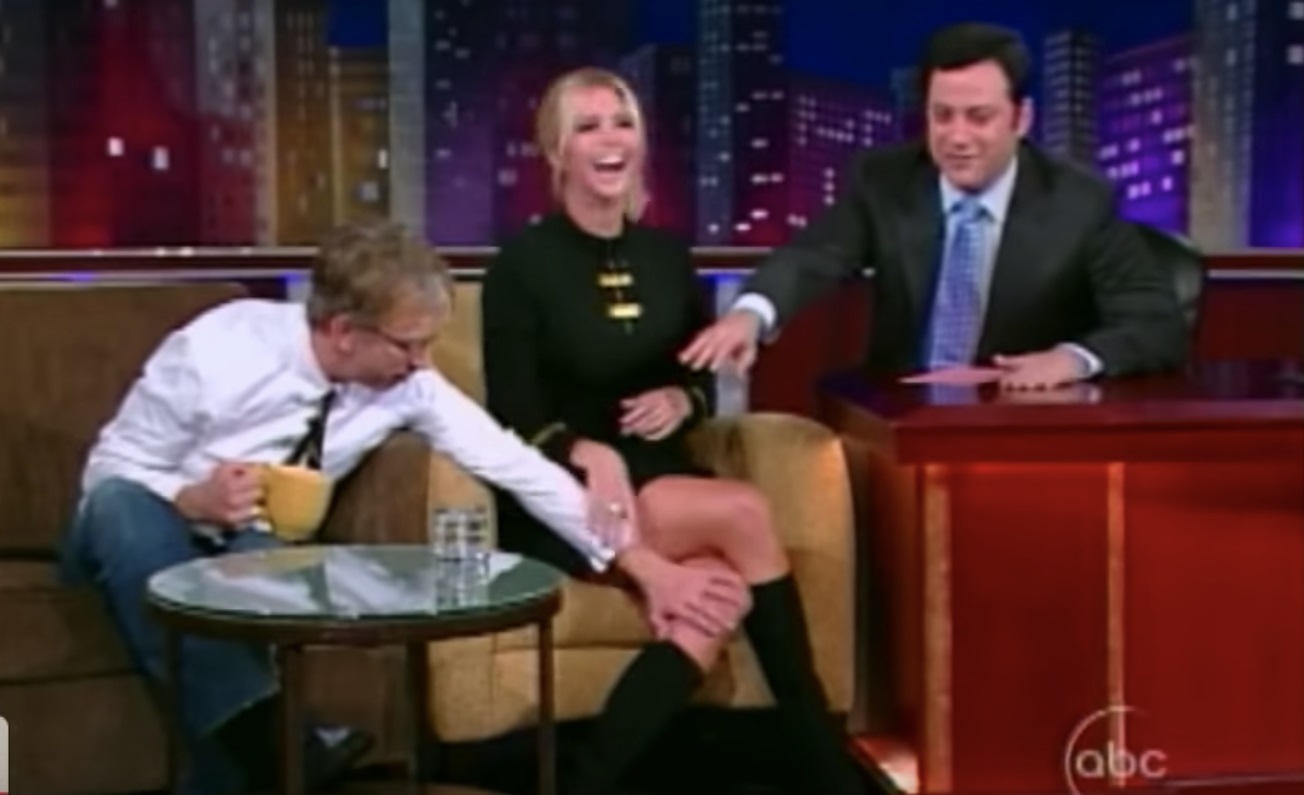 Despite the constant requests from both Ivanka and Kimmel for Andy to stop, he doesn’t listen. Moments later, he is escorted by the security offstage. Kimmel then addressed what happened in an interview with Extra, where he narrates, “She came out. He wanted a big wet kiss. It was time for Andy to go, so I escorted him out by his feet. He's Andy. He's not upset. He's not apologetic. He's just nutty. He always makes me a little uncomfortable. You have no idea what he's going to do next."

Dick then recalled the encounter on his Instagram, where he shared a picture of him and Ivanka from their appearance on Kimmel’s show. He captioned the post with, "The time I 'groped' Trump's daughter, Ivanka, on Jimmy Kimmel Live. Her legs were sparkling, and I was trying to see if the glitter would wipe off," he said in part in the post's caption. "I also mistakenly thought she would date me. I was jokingly carried off by security. Is anybody going to carry Trump off? No joke." 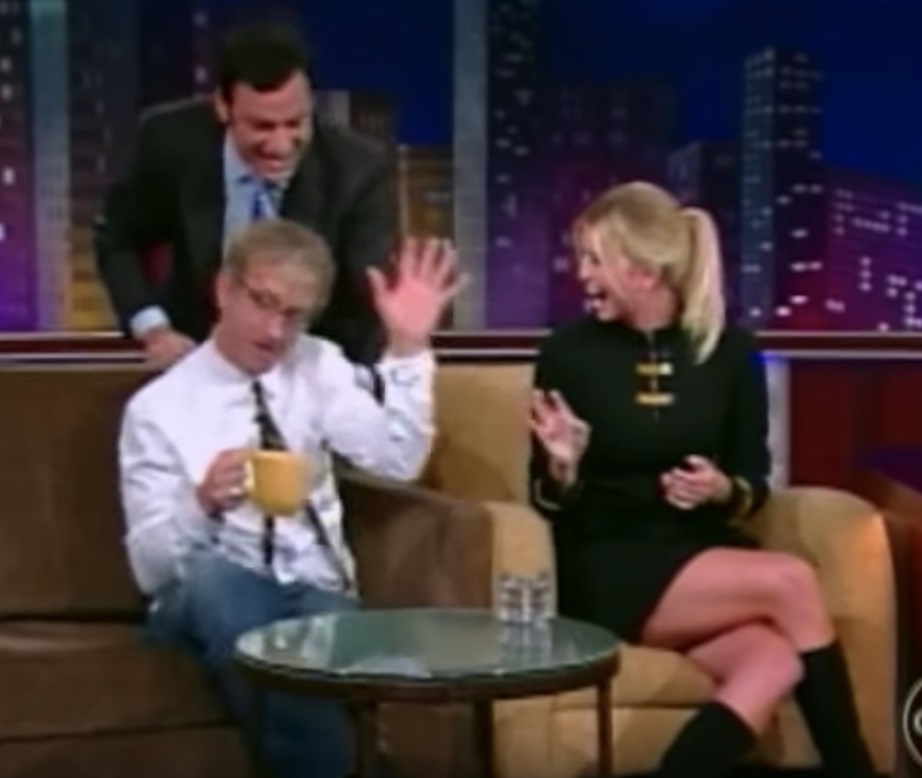 Dick has faced legal action after allegedly groping a woman in Los Angeles. He was then charged with sexual battery and another count of simple battery.

He has also been dropped from the film Raising Buchanan after being accused of sexual behavior and misconduct while he was on set.