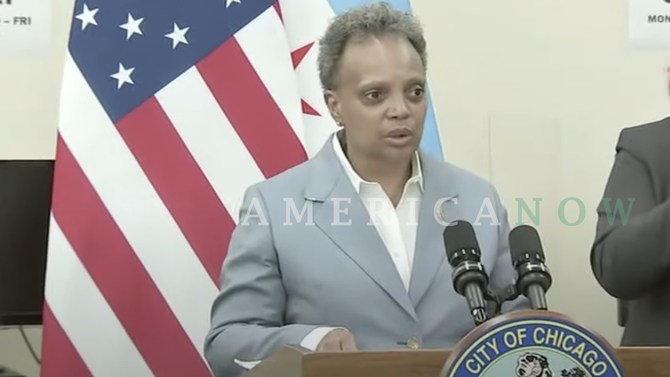 Mayor Lori Lightfoot, on the eve of her second anniversary as mayor, took the opportunity to only grant interviews to reporters of color in a bid to raise the issue of diversity.

The mayor has kept her focus on equity and inclusion during her two years in office, stating that her decision to take on the media was because she was struck by the "overwhelming whiteness and maleness" of the Chicago media outlets, in the board room and the press room.

In a two-page letter addressing members of the media, she stated: "It is impossible for this glaring lack of diversity not to be reflected in the daily coverage of government, politics and city life every single day." ABC7 Political Analyst Laura Washington addressed the mayor’s statements, saying: "She makes a really great case about diversity and the lack of diversity, but she doesn't make the case about what's wrong with the way she's being covered. What she says implies that she's being covered unfairly, there's implicitly or explicitly bias, but she never makes the case for how that plays out in the media."

Northwestern University Journalism Professor Ava Greenwell, who wrote a book about the diversity issues in newsrooms, going back decades, expressed her support for the mayor's desire to bring attention to the issue.

"When we're looking at the Black Lives Matter movement and inequity and all these other places, the news media has no choice but also to look at itself in this situation and see if it doing the best job it can to actually fostering equity across the board," said Greenwell. Charles Thomas, former ABC7 Political Reporter who covered City Hall for almost a decade, called the mayor's decision as an attempt to distract the public from other more important issues.

The President of the Chicago Chapter of the National Association of Black Journalists stated that the letter was no big deal, as they have been fighting for diversity in newsrooms for years. NABJ Chicago President Maudlyne Ihejirika stated: "Yes, it's a great public relations move at her two year mark. But, it will not, it will not mean Mayor Lightfoot does not have to answer for her deficiencies, her weaknesses as well as her accomplishments over these past two years."

The National Association of Hispanic Journalists released a statement saying that while it was important to address newsroom inequalities, "NAHJ does not condone restricting press access based on a journalist's race/ethnicity. Any action that threatens the cornerstone of our democracy and First Amendment rights is unacceptable."

Admittedly, some see Lightfoot’s decision as an attempt to gain favor with the Black and Brown communities, where her support may be soft.