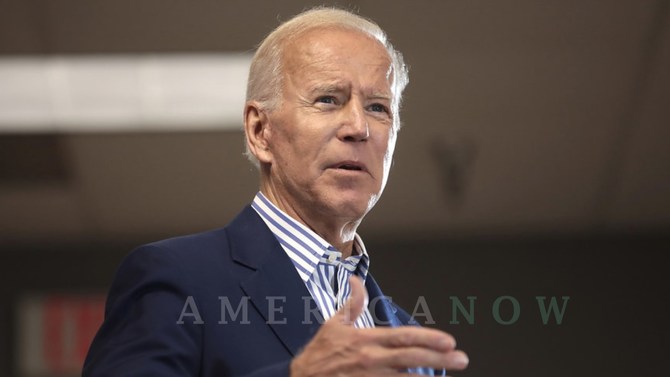 President Joe Biden is seeking to remove the word “alien” from the country’s immigration laws, with the proposed bill offering the word “noncitizen” as its replacement.

The bill is a deliberate step looking to recognize America as "a nation of immigrants," the summary of the bill states.

The term "illegal alien," has long since been slammed as a dehumanizing slur by immigrant rights advocates, and became a big issue during the Trump era – with a number of top federal officials encouraging its use while several states and local governments took up measures to ban it.

"The language change on the first day of this administration, with Kamala Harris the daughter of immigrants, to me it's not just symbolic...it's foundational," said Jose Antonio Vargas, an undocumented immigrant whose organization, Define American, is pushing for more accurate portrayals of immigrants.

"How we describe people really sticks. It affects how we treat them. How we talk about immigrants shapes the policies. It frames what are the issues really at stake here. It acknowledges that we're talking about human beings and families," he added. The US code defines "alien" as "any person not a citizen or national of the United States," which many officials have used in the past to defend their word choices.

In an agency-wide email sent out in 2018, former Attorney General Jeff Sessions told prosecutors to call anyone illegally in the country "an illegal alien," citing the US code.

Trump often invoked the word "alien" in speeches as he warned of the “dangers of unchecked illegal immigration.” However, not everyone in the Trump administration approved of the language.

Kevin McAleenan, in an interview published in 2019 by the Washington Post shortly before he resigned as acting secretary of Homeland Security, stated that he avoided using the term "illegal aliens" and instead called them "migrants."

"I think the words matter a lot," he said. "If you alienate half of your audience by your use of terminology, it's going to hamper your ability to ever win an argument."

In 2015, California struck the word "alien" from its labor code.

New York City banned the term "illegal alien" in guidelines issued in 2019, when used "with intent to demean, humiliate or harass a person." Violations could result in fines up to $250,000. Vargas maintains that the term and others used to demonize immigrants are no joke.

Vargas added that the Biden Administration's effort to use more respectful language is giving him hope that Americans' opinions about undocumented immigrants could also shift. He stated that changing one word could have a far-reaching impact for millions of people.