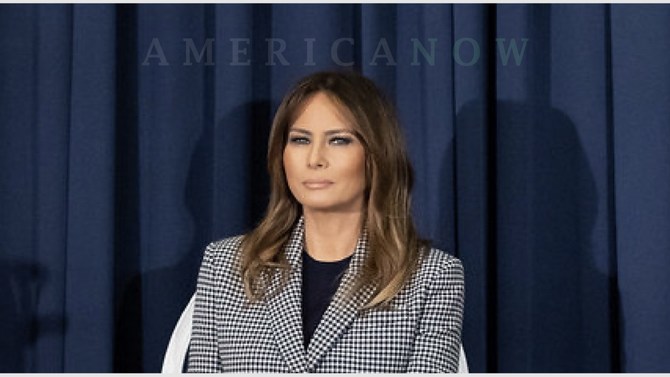 According to a new book by Mary Jordan, Melania Trump asked staff not to call her by her new title. The book states that an employee working for the family after the election revealed: “She said, ‘Stop calling me first lady.'”

According to the book, neither Trump nor Melania expected to win the November 2016 elections, and that Trump was in Scotland during the weeks after the election, licking his wounds.

The new book, The Art of Her Deal: The Untold Story of Melania Trump, “draws an unprecedented portrait of the first lady” based on the information garnered from over 100 interviews in five countries.

On Friday, excerpts of the 286-page book were published in The Washington Post.

The book states that Melania was not ready to take up her new role, partially because she disliked public performance and media scrutiny, and partially because of her anger after her husband’s infidelities were cast into the limelight during the campaign.

Trump denied ever cheating on his wife.

After Trump’s affair with Stormy Daniels was brought to light in October 2018, Melania abruptly canceled plans to join her husband in Davos for an annual conference.

She remained in New York for six months after Trump’s inauguration, and Jordan writes that Melania used the time to leverage for a better prenup from the president. According to the book, Melania also asked for a written assurance that their son, Barron, would receive the same treatment as his older siblings.

Melania wanted Barron to remain in New York, but was forced to reconsider when it became clear that Barron’s school routine would be costly and disruptive for the city.

The book states: “Simply getting Barron to his classes unleashed massive traffic problems around his school, Columbia Grammar and Preparatory School on Manhattan’s Upper West Side.”

“Many of the other parents were busy, wealthy people and some began to seethe over the disruption and inconvenience, including delayed drop-offs and pickups and being told to ‘hold’ for Melania and Barron. Parents also worried about the safety of their own kids, even with the constant presence of the Secret Service. Not to mention that many of them were progressive New York Democrats who had voted for Hillary Clinton and couldn’t stand Trump,” it continues.

According to the New York Police Department, the city spent $125,000 a day on Melania and Barron’s security.