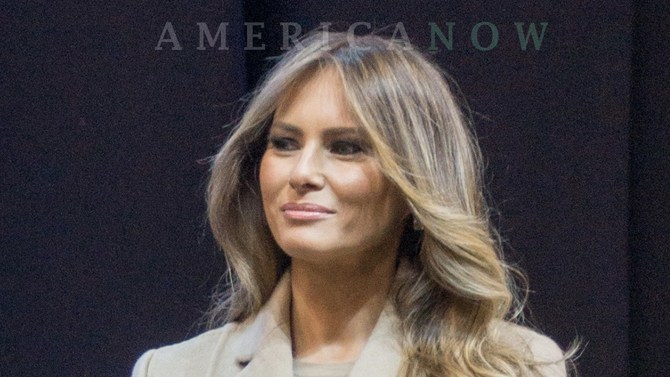 According to an expert, Melania Trump’s reported plans to get a new office space may be a sign that she is planning a split from her husband.

The relationship guru said that it "could well be preparatory steps for explaining to Donald that she’d like to separate."

Her current office is functioning out of Mar-a-Lago, but she is said to be looking for a new office space in the Palm Beach area. Reportedly, she will retain three of her White House staff as she builds on the "Be Best" campaign. According to Louisa Whitney, a family mediator LKW Family Mediation, there could be "preparations for separation" even for someone who has been unhappy in a relationship but stayed for various reasons.

"Melania’s wish for a separate office could well be preparatory steps for explaining to Donald that she’d like to separate – she might be seeking to set up a role for herself that builds on the work she did as First Lady,” she said. "She might also want to be setting up an identity for herself in her own right. It can be hard I think for anyone separating to establish themselves as just that person rather than part of a couple – especially if their partner was more high-profile, more outgoing or better-known than them."

Leading relationship expert and Founder of the Wingman app, Tina Wilson, stated that Melania seems to want to "forge her own path," but that it may only be about her business activities. "As the former first lady, Melania has been under the microscope for the last four years, being analyzed, criticized, loved and hated as she has stood by Donald, who has reveled in the attention. She now has the opportunity to create her own space, choose her own work and shape her own public persona. By having a separate office to her spouse she is stating loud and clear, 'I’ve done my duty and need some me-time, so back off.’” Wilson said.

"Melania appears to want to forge her own path and it is a deliberate act of separating their business activities. It would be easier to keep her office in the same building as Donald’s, so the move to seek an 'outside work space' signals her strive for independence and freedom. Time will tell whether this is just for her career or If there is more behind the scenes going on,” she continued. "The constraints of public office are now gone and the shackles from Donald have been sawn off, perhaps we will even see a smile from Melania." The statements come after Mary Trump, Trump’s niece, stated that she believed her uncle loved Melania, but they didn’t understand each other.

According to a source close to the family, Melania will remain by Trump’s side, albeit without the “lovey-dovey” stuff.