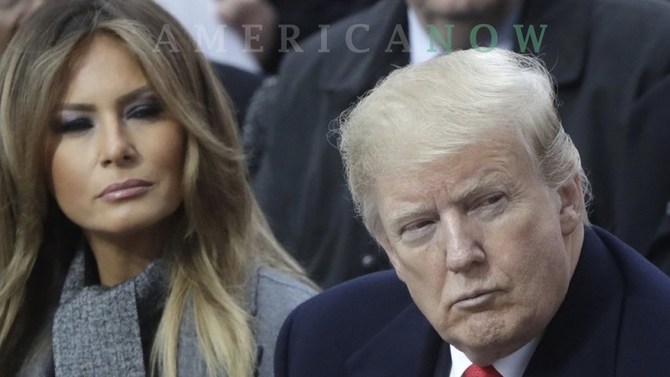 Donald and Melania Trump were seen together for the first time since their White House exit on January 20. The couple moved to Trump’s Mar-a-Lago resort after leaving Washington.

The two have been keeping a low profile, with Melania deleting every past post from her Instagram account, with her last post dated January 19. However, she posted two new Valentine’s posts, with none of them mentioning her husband.

The posts sparked new speculation about the couple, who have been the subject of divorce rumors for most of last year, pushing one of Melania’s friends to call the suggestions "pathetic." However, the couple spent Valentine’s Day together, indulging in a romantic meal in the Mar-a-Lago dining room, pictures from an Instagram user showed.

The Instagram post read: "What a way to spend Valentine’s Day, having dinner in the dining room alongside the Trump family!"

This comes following speculation by a relationship expert that Melania's failure to attend a Super Bowl party with her husband was a "probable" sign of "imminent divorce." Trump appeared at the Super Bowl party hosted at the Trump International Golf Club in Florida on Sunday, but despite attending the party in previous years, Melania was not present.

Video showed Trump arriving at the golf club wearing a navy suit and a blue tie, The Washington Examiner reported.

Melania's absence sparked "rumors of domestic discontentment" among guests at the party, reported The Critic magazine.

Pascale Lane, Therapeutic Relationship and Life Coach, founder of the Surviving to Thriving program and author of How to be Happy in Life and Love: A Guide to Living the Life you Deserve, stated that she believed this could be a sign the couple will soon split. Speaking to the Daily Star, she said: "I reckon Melania is a shrewd woman. Not only has she been married to Trump for the past 15 or so years but she seems to be pretty headstrong and self-assured. It takes a pretty ballsy woman to knock away the attempted hand-hold of the US President on official visits, in front of the whole world to see and comment on.”

"Is her lack of appearance at the Super Bowl party a sign of marital discontent? Yes, I would almost certainly say it is,” she added. "Does this mean a separation is imminent? I'm not so sure... I would lean toward probable, but I wouldn't say it's a done deal."