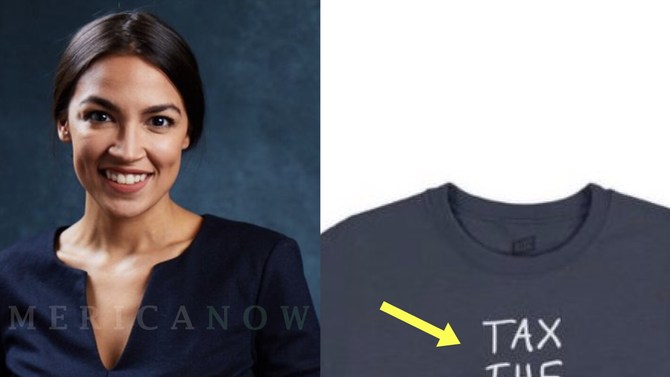 Rep. Alexandria Ocasio-Cortez recently announced that her new merchandise collection was available to pre-order. The collection includes T-shirts and sweatshirts with slogans like “Drink water & don’t be racist” or “Change takes courage.” Among the items, the one that caught the attention of netizens was a navy blue sweatshirt bearing the slogan “Tax the rich.” Many accused her for hypocrisy because of the $65 price tag. This was later slashed to $58. AOC addressed the backlash, sharing a tweet by someone who stated he was a “former mass-market apparel designer” who wrote, “Made in America. Union printed. Sounds about right. That’s what it costs to pay everyone a decent wage along the way.”

AOC responded, “Republicans are freaking out because we don’t use slave-wage labor for merch that funds grassroots organizing. But what’s the difference between Trump’s merch and ours? Ours is made in the US.”