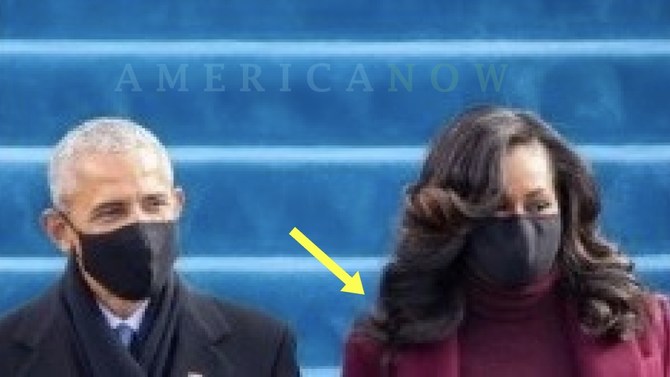 With the scrutiny, Harris will be responsible for choosing what she wears, which goes beyond superficial vanity.

In 2018, Michelle told the New York Times: "It seemed that my clothes mattered more to people than anything I had to say. Optics governed more or less everything in the political world, and I factored this into every outfit." On Inauguration Day 2021, she wore an outfit created by Black designer Sergio Hudson – a burgundy coat and jumpsuit cinched with a gold belt – and a black face mask. Hudson is an up-and-coming designer who debuted at the New York Fashion week in February 2020. He has designed outfits for Obama's Becoming book tour and the Essence festival, with his client list including celebrities like Rihanna and Beyoncé. For her husband’s 2009 inauguration, Michelle wore a sparkling gold sheath dress and coat by designer Isabel Toledo, a Cuban-born American.

The outfit color was sunny and full of optimism, with the designer, Toledo, offering his own uplifting story. He immigrated to the U.S. when he was eight, and went on to live up to his American dream of becoming a successful fashion designer.

Michelle wore a Thom Browne dress and coat in 2013, and her stunning gowns for each inauguration were both designed by Jason Wu. From these examples, it is clear that Michelle represents American designers of all races and genders, and constantly champions for emerging designers. This approach became known as "sartorial diplomacy," which drew comparisons to Jackie Kennedy, who had a similar approach, albeit with fewer political landmines.