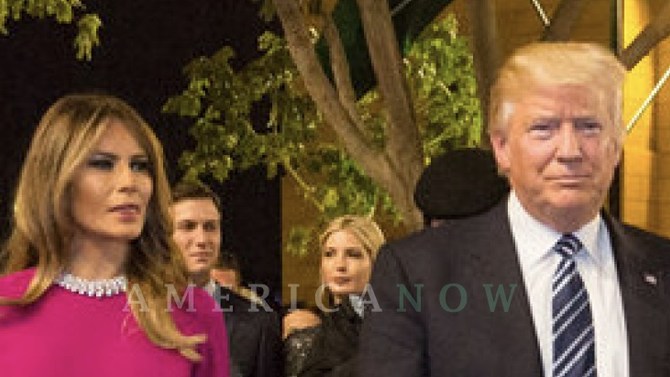 According to a CNN report, Melania Trump has apparently been “bitter and chilly” towards husband Donald Trump following their departure from the White House, and spends most of her time in Mar-A- Lago’s spa.

Melania, who seemed cheerful as she left Washington on Inauguration Day, has been making the most of civilian life, leaving much of the presidential politics behind.

A source familiar with Melania’s schedule told CNN: "She goes to the spa, has lunch, goes to the spa (again) and has dinner with Donald on the patio. Rinse and repeat. Every day." "She almost always does dinner," another source said, adding that she is accompanied by her parents sometimes and often has fish as an entrée.

However, Melania is reportedly “bitter and chilly” towards Trump sometimes because of the impact their contentious departure from Washington had on her image.

"She could see how it was going to go for her," a former White House official told CNN as they discussed her delayed reaction to the January 6 Capitol attack. Melania waited five days before condemning the violence at the Capitol, using the statement to provide her own defense against “salacious gossip” and “unwarranted personal attacks.”

The former White House official said: "Once (the insurrection) happened, she knew there was nothing to gain for her by speaking out or doing something – so she didn’t do anything."

SSRS polling for CNN reported that Melania left the White House with one of the worst approval ratings for any modern first lady.

According to former aide Stephanie Wolkoff, Melania didn’t sit down with any national outlet for an interview as first lady, and chose to “not to do press as a defense mechanism.”

Melania had reportedly been planning to attend Joe Biden’s Inauguration but found out she would not be attending following Trump’s Twitter post indicating otherwise, the report stated. Despite Trump’s ongoing impeachment trial, Melania’s daily schedule is reportedly largely back to how it was before Washington.

"It’s pretty much the same as it was before (she was first lady) or even when she would come down during vacations," a source told CNN.

Melania launched a new office of the former first lady on Friday, which reportedly aims to carry on her "Be Best" campaign against online child cyber bullying.

The office of the former first lady is operating out of Mar-A-Lago, but she’s looking for new office space in Palm Beach, Florida, CNN reported.