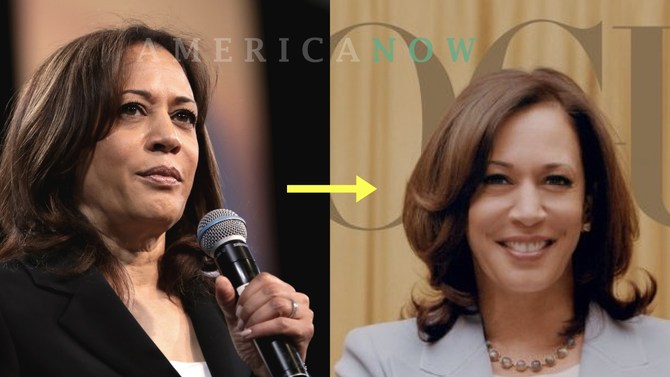 Vice President-elect Kamala Harris is to be on the February cover of Vogue.

The magazine revealed the cover on a Facebook post on Sunday with the caption: "Making history was the first step. Now Kamala Harris has an even more monumental task: to help heal a fractured America—and lead it out of crisis."

Harris spoke about her goals in office following the January 20 inauguration with president-elect Joe Biden. She said: "The first line of approach has to be to get control of this pandemic," adding that this included efficient distribution of the COVID-19 vaccine and personal protection equipment. Her focus is also on helping small businesses and making improvements to the country’s workforce so citizens don’t have to work two or three jobs just to sustain a living.

However, the magazine’s cover photo sparked backlash, with some fans of Harris stating that she looks washed out in the picture, while others maintained that the style used for the cover failed to give Harris the respect she deserves.

Others maintain that the cover is just plain bad. "What a mess up. [Editor-in-Chief] Anna Wintour must really not have Black friends and colleagues," Wajahat Ali wrote.

"Kamala Harris is about as light skinned as women of color come and Vogue still f---ed up her lighting. WTF is this washed out mess of a cover?" E. Vaughan wrote. "Vogue knows Kamala Harris loves her sorority, suits, comfortable pants and chuck taylors. So they just jumbled it all together for the cover. Except they couldn't decide whether she is going to a luxe French salon, the Senate floor, or taking a jog."

The Biden Administration’s inauguration will be decidedly different from the previous ones mainly because the country is still grappling with the COVID-19 pandemic.

There will be a "virtual parade across America" which will implement crowd limits, organizers said on Sunday. After the swearing-in ceremony on the west front of the U.S. Capitol, Biden, first lady Jill Biden, Harris and her husband will participate in a socially distanced Pass in Review on the Capitol's opposite front side.

There will also be a traditional presidential escort, where Biden, along with representatives from every branch of the military will make their way from 15th Street to the White House. The Presidential Inaugural Committee states that the escort will also be socially distanced, while "providing the American people and world with historic images of the President-elect proceeding to the White House without attracting large crowds."