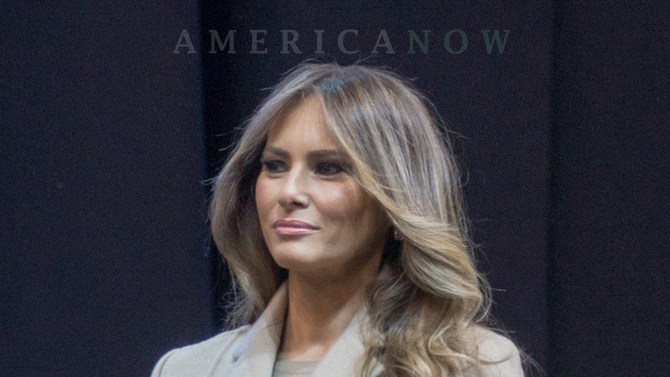 Melania Trump was once again the target of online mockery after she wore a bright green dress.

A footage was posted online, showing the dress used as a green screen. The video displayed on the dress showed various images, including pictures of coronavirus cells.

Comments poured in, with one person writing: “I must say the Coronavirus does make a nice pattern.”

Another person commented: “I think she knew what she was doing. Green screen green? Good choice!” A third wrote: “Another ‘I really don’t care’ moment... First Lady Melania Trump was focused on finished a photo project for her coffee table book as a mob of Trump supporters broke into the US Capitol on Wednesday.”

However, some stated that the footage was disrespectful and “childish.”

One person wrote: “This is just uncalled for. I believe this is bullying. How can you call yourself an adult? Most of you hate President Trump for the things he says. So how does this separate you from him? Grow up.”

Another comment read: “You actually have friends? Spending time putting down Melania is so pathetic.”

Someone else wrote: “Disgusting and childish. A grown man has nothing better to do with his time? Grow up, no forget that, impossible at your age." Melania previously sparked outrage after she wore an olive green jacket with the words “I really don’t care, do u?” written on the back during a visit to a Texas immigration center where children were being detained.

Omarosa Manigault, a former White House aide, explained a potential theory behind the jacket in her book Unhinged.

An excerpt from the book read: “It’s my opinion that Melania was forced to go to the border that day in June, essentially, to mop up her husband’s mess,” and added that Melania set out to upset the president by creating controversy. “Taken as a whole, all of her style rebellions have served the same purpose, and not only misdirection and distraction—strategies her husband knows all too well. I believe Melania uses style to punish her husband,” Omarosa added. “She wore that jacked to hurt Trump, setting off a controversy that he would have to fix, prolonging the conversation about the administration’s insensitivity, ruining the trip itself, and trying to make sure that no one asked her to do something like that again."

However, press secretary for the White House Sarah Huckabee Sanders came to the Trumps’ defense, stating that the book was "riddled with lies and false accusations.”