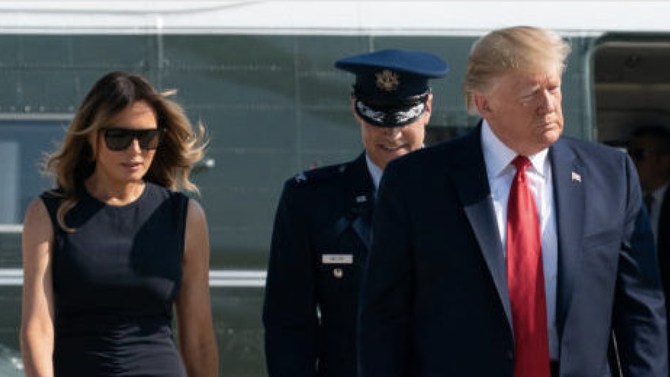 In 2016, it was reported that Melania Trump burst into tears after Donald Trump won the election, and one friend explained, “She never expected him to win.”

She remained in New York for five months before moving to the White House, claiming that their son “needed to finish school.” However, former aide Stephanie Wolkoff claims that at the time, Melania was negotiating a post-nuptial agreement which would see Barron getting an equal share of the Trump fortune.

She also alleged that the couple had separate bedrooms in the White House and theirs is “a transactional marriage.” Omarosa Manigault Newman, an ex-aide, alleged that the couple's marriage was over, saying: “Melania is counting every minute until he is out of office and she can divorce. If Melania were to try to pull the ultimate humiliation and leave while he's in office, he would find a way to punish her.”

Despite their lack of public affection, Melania maintains that they have “a great relationship.”  Trump, on his part, insists that they never argue. Trump’s prenup agreement with Marla Maples, his second wife, bars her from publishing any book or giving interviews that are critical of him.

Lawyer Christina Previte stated that it was highly likely that Melania agreed to a similar stipulation.