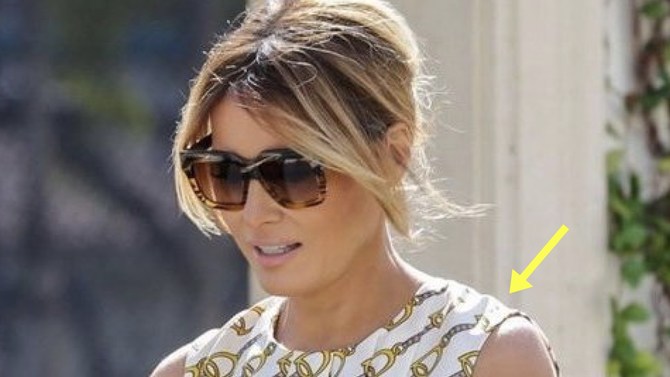 Melania Trump turned out to vote in Florida, a key swing-state, in a $4,500 dress that sparked an intense debate on Twitter.

The dress’ chain-linked pattern made of horse bits – part of a horse’s tack that controls the horse’s mouth – was compared to handcuffs and chains.

One person tweeted: “We just saw Melania Trump wearing her dress to vote and it had handcuffs all over it. They are in control.”

Another person wrote: “I was going to tweet a joke about the chains on Melania's dress, but I'm sure someone beat me to it somewhere on here.” Another person wrote: “Does Melania think that dress will inspire empathy for her?”

Some people were outraged by the price of the dress, considering the number of people who have been rendered jobless by the ongoing coronavirus pandemic.

“Oh! so Melania is wearing a $4500 dress for election day while her husband is hundreds of millions in debt to foreigners & millions of Americans lost their jobs & healthcare,” one person wrote. However, Trump fans interpreted Melania’s dress to mean that Trump would be re-elected.

“Melania’s cryptic message is to be found in the patterns on her dress. Links. Continuation. Second term,” one comment read.

Melania’s dress was not the only thing that drew people’s attention on Tuesday. A number of people were outraged by Melania’s decision not to wear a face mask.

She was the only one at the polling place without a mask. Melania’s spokeswoman, Stephanie Grisham, stated that Melania was the only one at the polling site, save for a few poll workers and her own staffers. She maintained that all the individuals had been tested.

She added that no one was near the first lady “because of social distancing and the privacy” that people were accorded when they voted.

Last month, Melania stated that she had recovered from Covid-19, whose symptoms included headaches, fatigue and body aches.