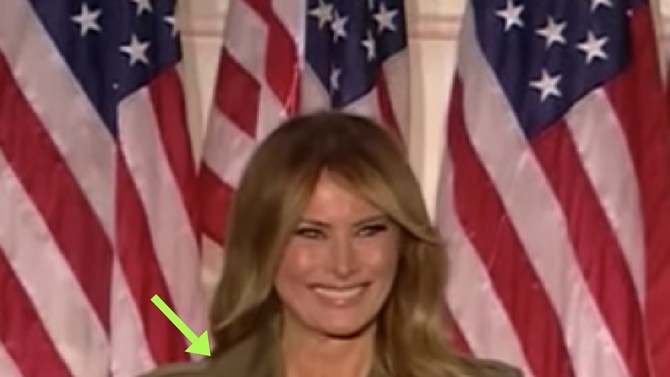 First Lady Melania Trump wore a military style jacket and skirt for her closing speech during the 2020 Republican National Convention. Her choice of outfit was slammed by some social media users.

The 50-year-old was criticized for wearing a “cold” outfit for her keynote speech.

However, Melania’s entrance was applauded by the audience present in the garden. 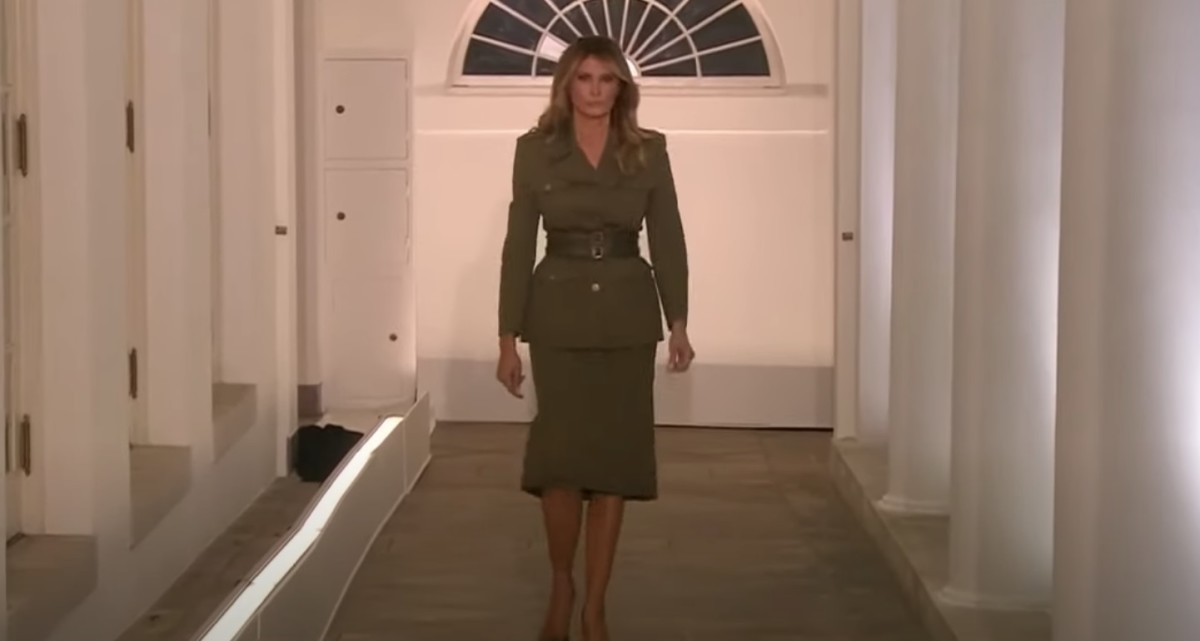 She wore a khaki long sleeved military style jacket and a double banded belt around the waist, flaunting her figure. The jacket had large lapels with gold detailing. She wore a matching skirt that was tucked inside the jacket, and reached just below her knee.

The skirt had pleats at the back helm, stitched panels, plated details, and a back zip.

The jacket captured the attention of social media users, and was quickly identified as an Alexander McQueen design that has been worn by Kaia Gerber.

Melania wore matching pointed toe heels, and her hair was parted in the middle and fell over her shoulders in loose waves. Her only jewelry was her wedding ring, and her makeup featured a smoky eye and nude gloss.

One Twitter user criticized the outfit: “Is it just me or is Melania’s choice of dress very military and cold? Not exactly the warm of relatable choice." 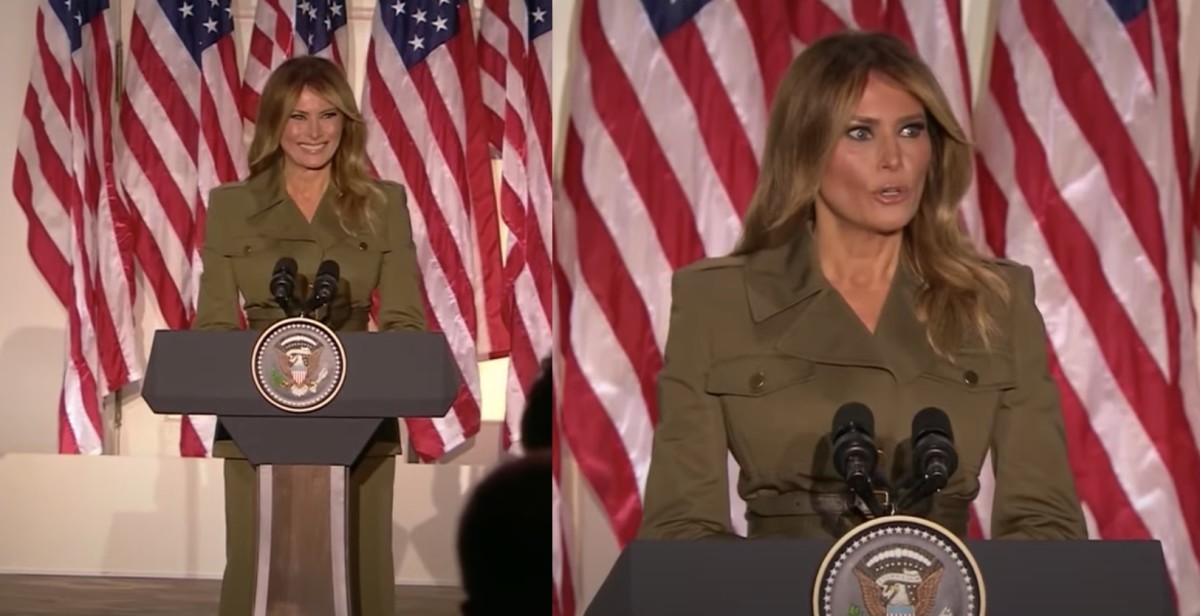 Another one wrote: “What statement is @FLOTUS trying to make with this dress?”

“I rarely notice clothing but isn’t her dress a little somber and…meh? Thought this was a big damn deal,” another person said.

Melania wore an almost identical outfit in 2017 when she welcomed the Argentine president.

She wore an olive green, military-inspired outfit from Altuzarra; and the jacket, which featured python-print piping, costs £2,280 while the skirt cost £852.