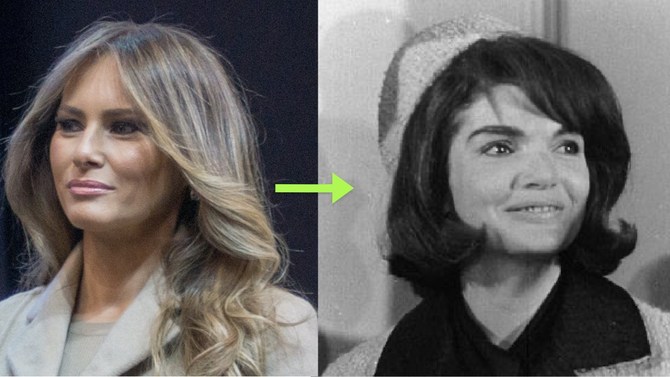 During an interview with MSNBC on Wednesday, White House trade advisor Peter Navarro compared 50-year-old Melania Trump to former First Lady Jackie Onassis. Twitter erupted over the comments, and many were quick to let their feelings known.

Navarro said: “I find her to be the Jackie Kennedy of her time…the beauty, the elegance, the soft-spokenness. I think she’ll deliver a powerful message to the American people,” before Melania’s speech and unveiling of the new Rose Garden during the Republican National Convention (RNC).

Another person tweeted: “Peter Navarro is seriously delusional…not in a funny way. The man needs help,” while another person wrote: “Stormy is a helluva lot more like MM than Melania is like Jackie Kennedy.”

Others posted laughing emojis and GIFs, and some highlighted Melania’s modeling career, which included posing nude for some magazine publications.

One tweet read: “I don’t believe Jacqueline Kennedy ever posed nude as @FLOTUS did.”

Navarro’s comments and the Twitter uproar came three days after the White House unveiled pictures of the new Rose Garden Melania worked on.

“Excited to honor history & celebrate the future in our beautiful @WhiteHouse Rose Garden this evening. Thank you to all who helped renew this iconic & truly gorgeous space,” Melania tweeted on August 22, and accompanied the post with a series of pictures.

In addition her work on the Rose Garden, she prepared for her headlining speech, which took place in the garden on the second night of the RNC.