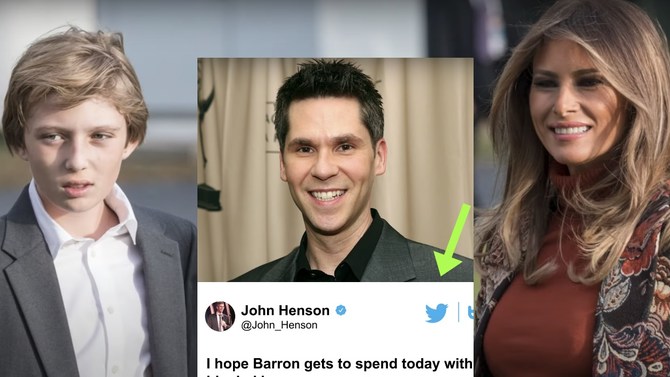 On Sunday, Food Network host John Henson tweeted: "I hope Barron gets to spend today with whoever his dad is," in lieu of Father’s Day.

Henson, who has been openly critical of the president on social media, was quickly slammed for his comments after the tweet went viral.

Stephanie Grisham, Melania’s spokeswoman, sent a statement to The Hill on Tuesday, saying: "Sadly we continue to see inappropriate and insensitive comments about the President’s son [Barron Trump]."

Henson later tried to explain his tweet, stating that the joke was not aimed at Barron, but at Trump. This is not the first time Barron has been publicly mentioned in a negative way.

During House impeachment hearings on December 5, Stanford Law professor Pamela Karlan told the House Judiciary Committee: “The Constitution says there can be no titles of nobility, so while the president can name his son Barron, he can’t make him a baron.” Melania responded to the remarks, saying: “A minor child deserves privacy and should be kept out of politics. Pamela Karlan, you should be ashamed of your very angry and obviously biased public pandering, and using a child to do it.”