After photos of this year’s Halloween party by the White House had been leaked online, there has been outcry and much heated outrage from the media and the public, brimming from the fact that the specially invited children had been encouraged to build an offensive mural from the event.

The controversial mural in question had featured large, black letters with the words “Build the Wall”, a stark reference to Donald Trump’s campaign of the US-Mexico border wall, against Mexican immigrants illegally entering the United States. 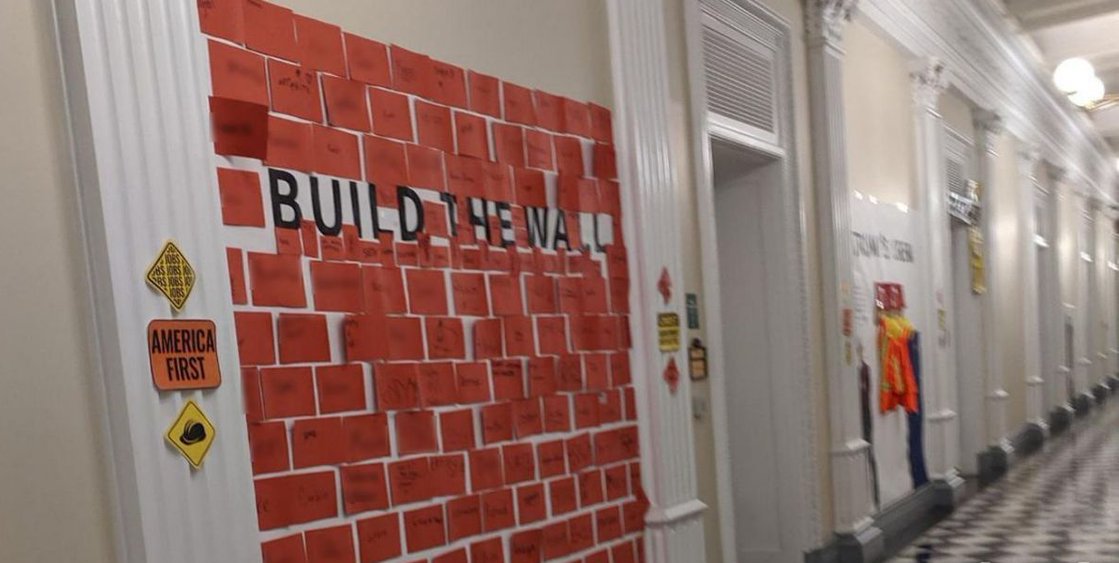 According to the report from Yahoo News, the children had been encouraged to write their own personalized designs of their names on each paper “brick” of the wall, completing the ill representation of the racist mural.

Another batch of the released photos show the children with child-sized working vests complete with matching hardhats, just next to a  “Trump’s Crew” poster sign.

A response tweet from Adam Best had stated: “Conservatives got mad because Michelle Obama taught kids how to eat healthy food but have no problem with the current White House teaching kids how to be racist.“ 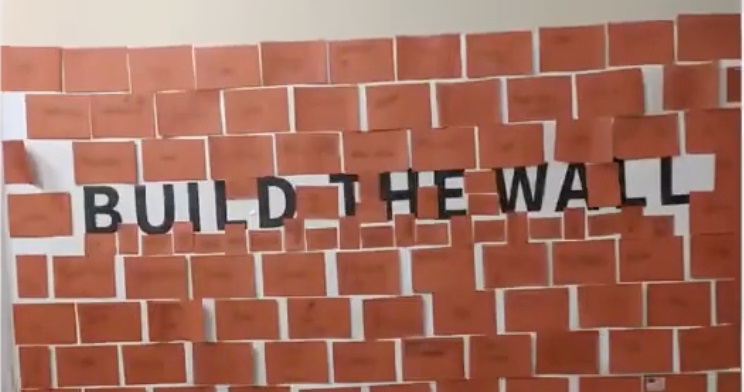 Another tweet from Jenny Han had also written: “This makes me sick to my stomach.”

The Halloween event had taken place just last October 25 this year, inside the White House’s Eisenhower Executive Office Building, just nearby the Vice President’s office as well as the offices of a large number of staff.

Vice President Mike Pence’s spokesperson also said that Pence had been also present at the building, but had not seen the mural just beyond his office as it had been on a different floor.

It can be noted that Trump’s controversial wall had been a key element of his presidential advocacy last 2016.