The online community is outraged by a photo posted on First Lady Melania Trump’s official Twitter account, and the backlash keeps piling up. In the photo, President Donald Trump and his wife are seen holding an orphaned baby whose parents died in the El Paso shooting, wearing broad grins on their faces, and the president showing the thumbs-up sign. 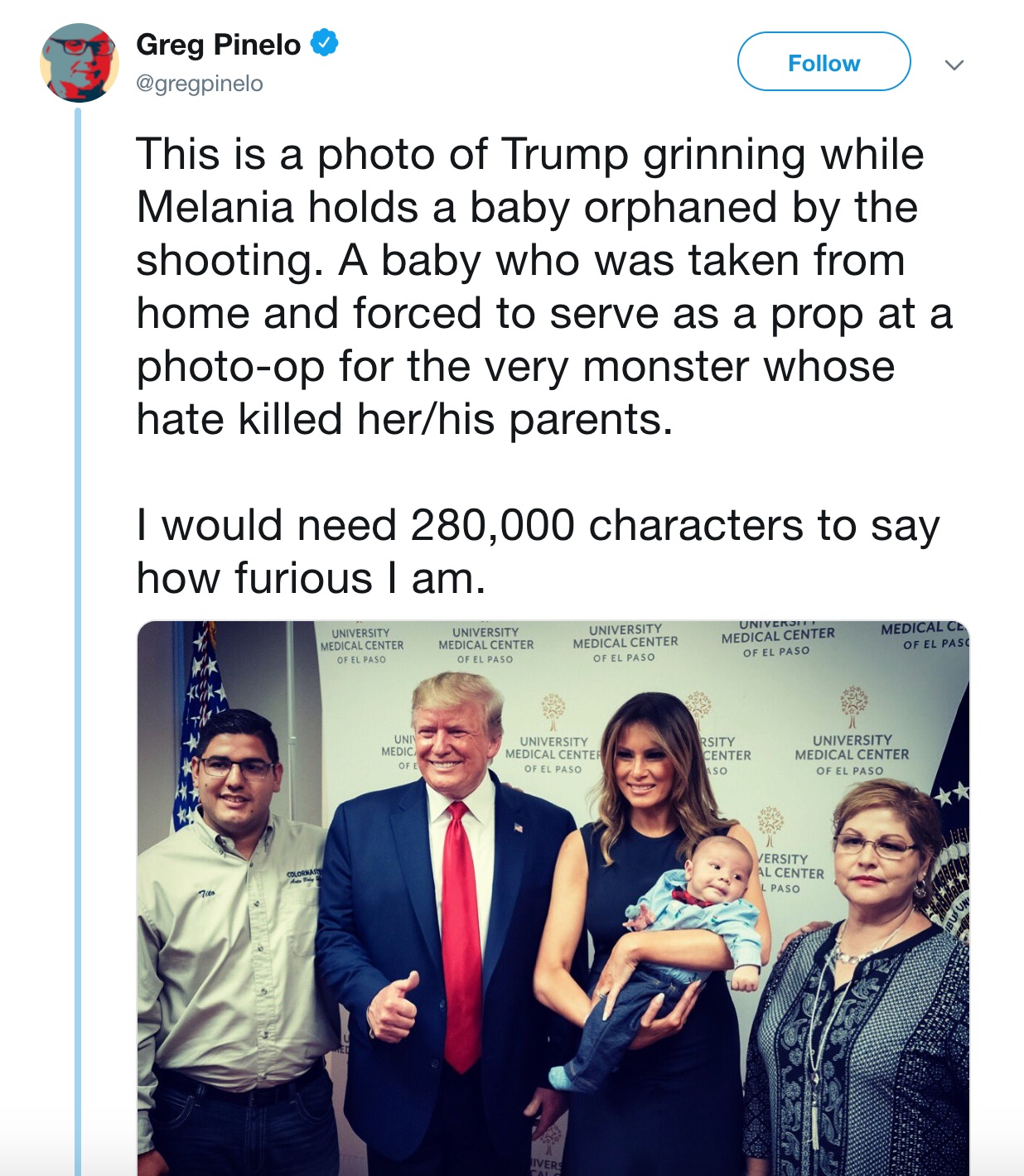 The 2-month-old baby’s parents, Jordan and Andre Anchondo, were among the 22 who were killed in the fatal shooting. The seemingly inconsiderate photo sparked a wave of disapproval as soon as it was posted on Twitter. 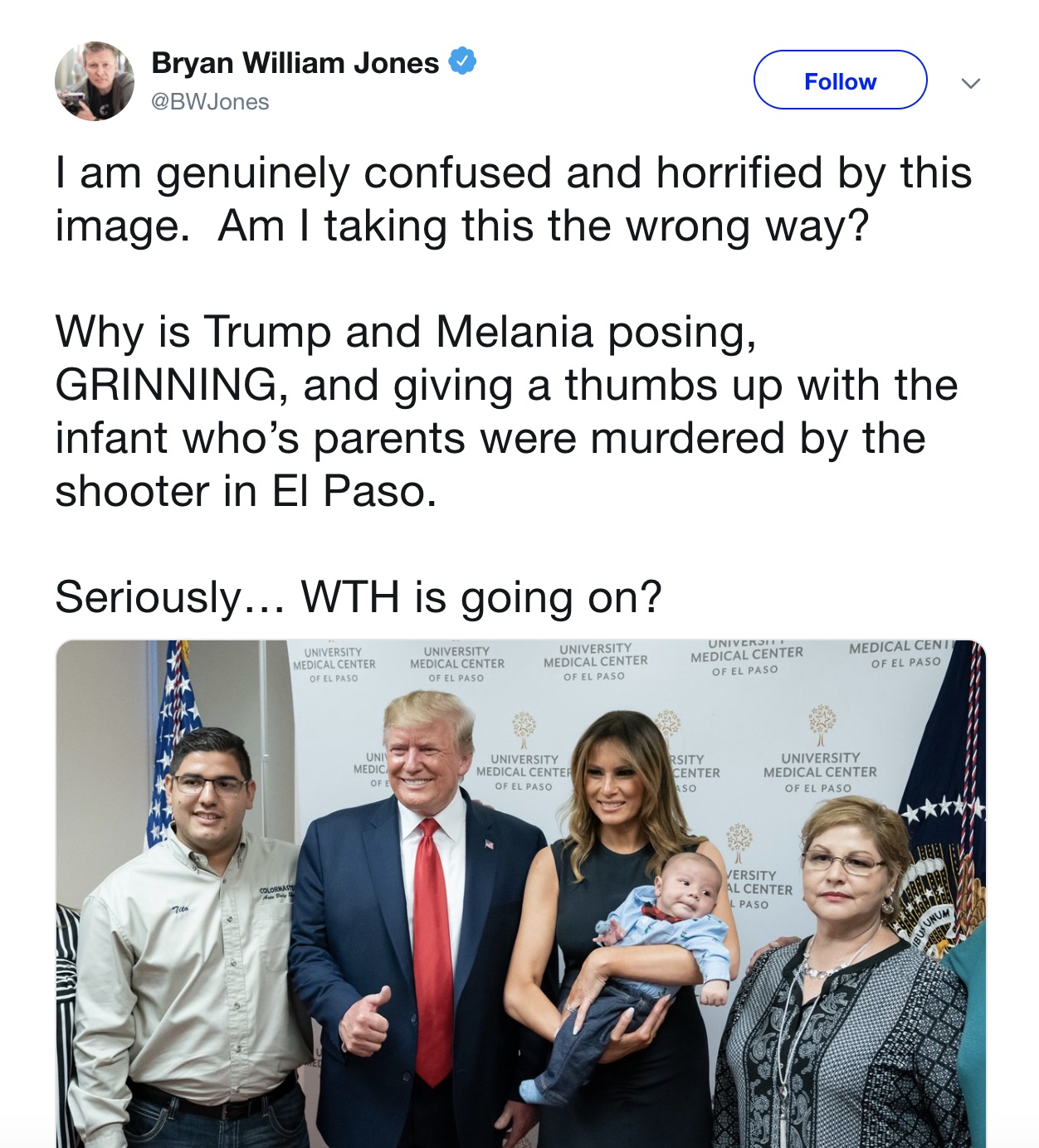 During this El Paso hospital visit, President Trump brought up the argument he had with Beto O’Rourke -- former local congressman and a 2020 Democratic contender -- about crowd sizes. This was before the president also got into a Twitter row with Nan Whaley, the Dayton mayor.

Paul, the baby, was reportedly requested by the White House to be brought back to the hospital from his current home, where he was living with his uncle, for the Trumps’ hospital visit. The baby’s deceased father and uncle are reported to be Trump supporters.

The baby’s fingers were injured during the shooting when his mother tried to protect him from the bullets that later killed her and her husband, and her body fell on the baby. Tito Anchondo, Paul’s uncle, mentioned that people might be misinterpreting the ideas of President Trump, and said that his brother was supportive of the president. 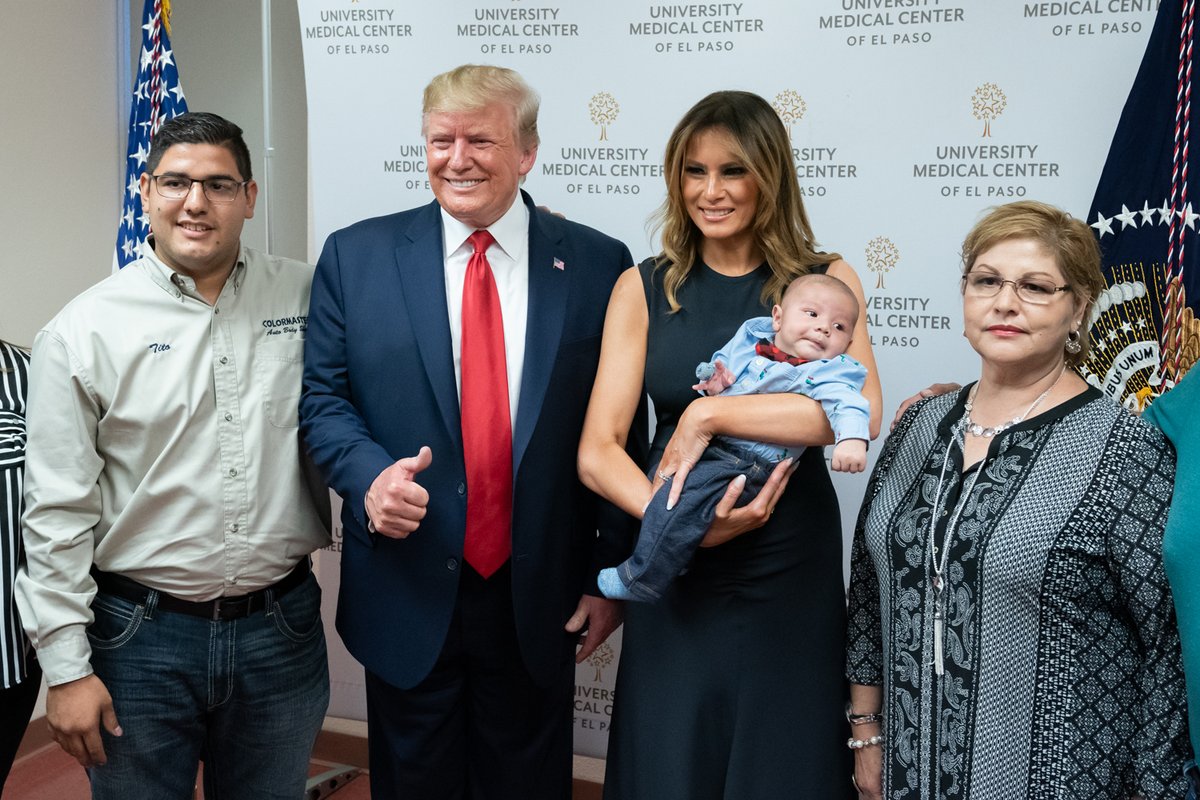 However, that didn’t stop the criticism of the photo. White House aides were reportedly not allowing media into the hospital during the presidential couple’s visit as it was not a photo op. The other eight survivors recovering in the hospital weren’t able to meet President Trump because the first five declined the offer, and three were in too poor condition for visits, or didn’t speak any English.