Nancy Pelosi and Ilhan Omar were spotted “wining and dining” with other big shot Democrats in Venice, Italy. Due to the controversies surrounding Pelosi's luxury vacations using taxpayers’ funds, the speaker and the Minnesota Congresswoman's stay in Venice drew the curiosity of many American citizens.

The trip might have evaded public scrutiny had Pelosi not made a comment about President Trump’s feud with Rep. Elijah Cummings.

“@RepCummings is a champion in the Congress and the country for civil rights and economic justice, a beloved leader in Baltimore, and deeply valued colleague. We all reject racist attacks against him and support his steadfast leadership,” Pelosi tweeted.

Pelosi’s tweet was geo-tagged “Venice Italy,” to which Emily Miller wrote: “Speaker Pelosi weighs in on poverty in West Baltimore… from a 5 star, rooftop restaurant in Venice, Italy.”

Soon after, another tweet with a photo of Pelosi and Rep. Ilhan Omar “wining and dining” with other Democratic big shots made its way into the news cycle.

According to reports, Pelosi, Omar, and their Democrat associates were dining at Cipriani’s Harry’s Bar, a popular hotspot for rich and influential people.

“Here’s Nancy Pelosi, the Squad and Elijah Cummings (just out of the picture) having an extremely expensive lunch at the renowned Harry Cipriani in Venice, right near their 5-star hotel, while their constituents are living in squalor. Inequality??” Mark Simone tweeted.

“Spotted: @SpeakerPelosi at the Restaurant Terrazza Danieli, the 5-star rooftop resto atop the Hotel Danieli in Venice, Italy. Pelosi’s office announced Fri. she would lead a congressional delegation to Ghana & visit the US Army Africa headquarters in Italy this week,” Peter Schorsch tweeted. 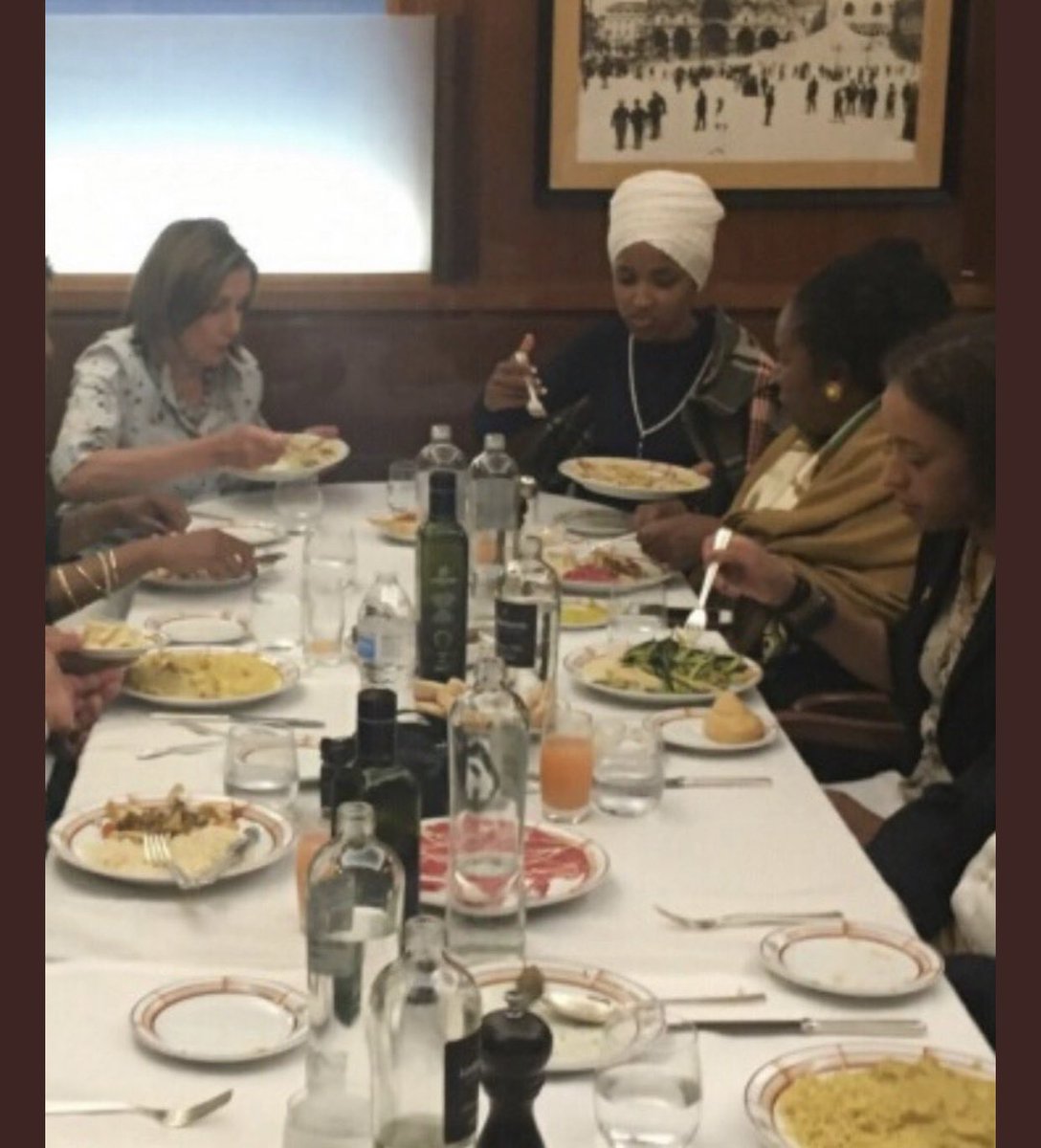 Most Americans were not happy with Pelosi and Omar's expensive outing.

“The queens dine out as their people starve, but they’re conducting conversations about how to trick their constituents into believing they’ll receive a handout if they just keep voting for the same party that created their poverty and despair to begin with,” Irredeemable Republican tweeted.