73-year-old actress Bette Midler is under fire after tweeting that the black attendees of one of President Donald Trump’s 2020 rallies were being paid by his campaign to be present at the event. 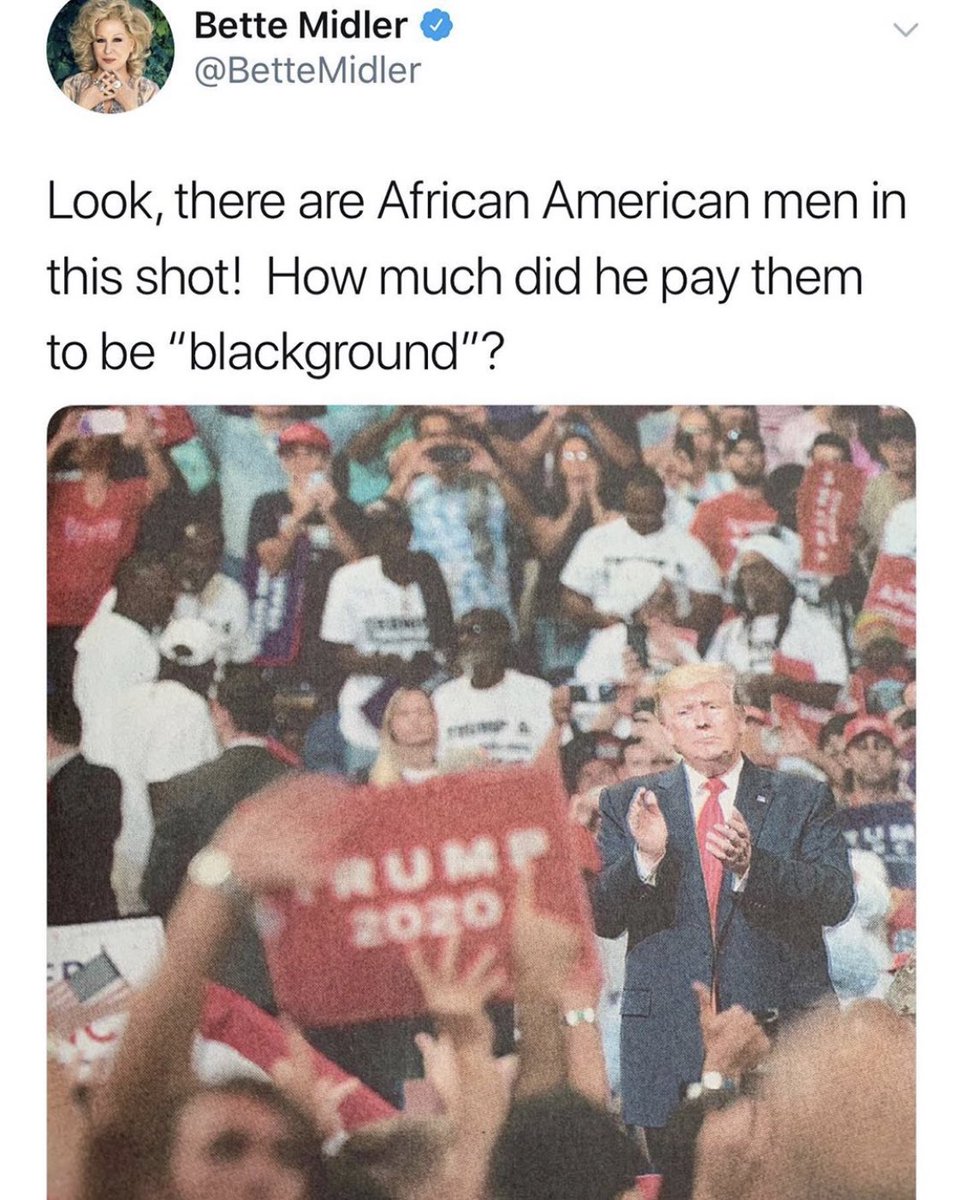 Several celebrities immediately called out her out, describing her comments as “racist.” One was singer and vocal Trump supporter, Joy Villa, who slammed Midler for insinuating that “black Americans have absolutely no mind or values of their own,” before labeling Midler a “crusty racist” in a separate post.

“Really, Bette? REALLY? You’re this crazy to insinuate black Americans have absolutely no mind or values of their own & would only support their country & @realdonaldtrump for ‘money?’ SMH you probably think they’re all pimps & black women like me are just hoes, too?” Villa tweeted.

A couple of days after, Villa shared pictures of herself at Trump rallies last year, stating that she was not paid to attend the events.

“Here I am, a Black woman with a Black man #blacksforTrump seated AT FRONT at the Las Vegas and Springfield MO @realDonaldTrump rallies last year. Airfair: $600+ Food: $200+ Hotels: $500+ Amount I got Paid/Reimbursed/gifted to attend: ZERO. @BetteMidler is a crusty racist,” Villa wrote.

Other Hollywood stars have also criticized Midler for her comments.

“Hey Bette Midler you sound racist! @realDonaldTrump did not pay any black people to support him! We can think for ourselves. I never received a checked! Has anyone received a Check? I support the POTUS for Free!” actor-comedian Terrence K. Williams wrote.

“This is one of the most racist, degrading ‘jokes’ I’ve seen on Twitter & that’s saying a lot. We get it, Bette, you hate Trump & that’s your right but to imply Black men have to be PAID to celebrate their OWN political views is pure and REAL racism. And BLACKGROUND?? WTF??!!” Cheers star Kirstie Alley wrote.