Doctors have finally removed a four-inch horn that grew at the top of a man’s head.

74-year-old farmer Shyam Lal Yadav’s horn started growing five years ago when he bumped his head. But as the horn grew, his barber was no longer able to keep it “under control.”

The farmer stated that the horn eventually became hard and grew much longer. He then opted to get help from surgeons.

The horn is called a “sebaceous horn” and is a benign tumor. It grows and formes from the skin and nails’ keratin. 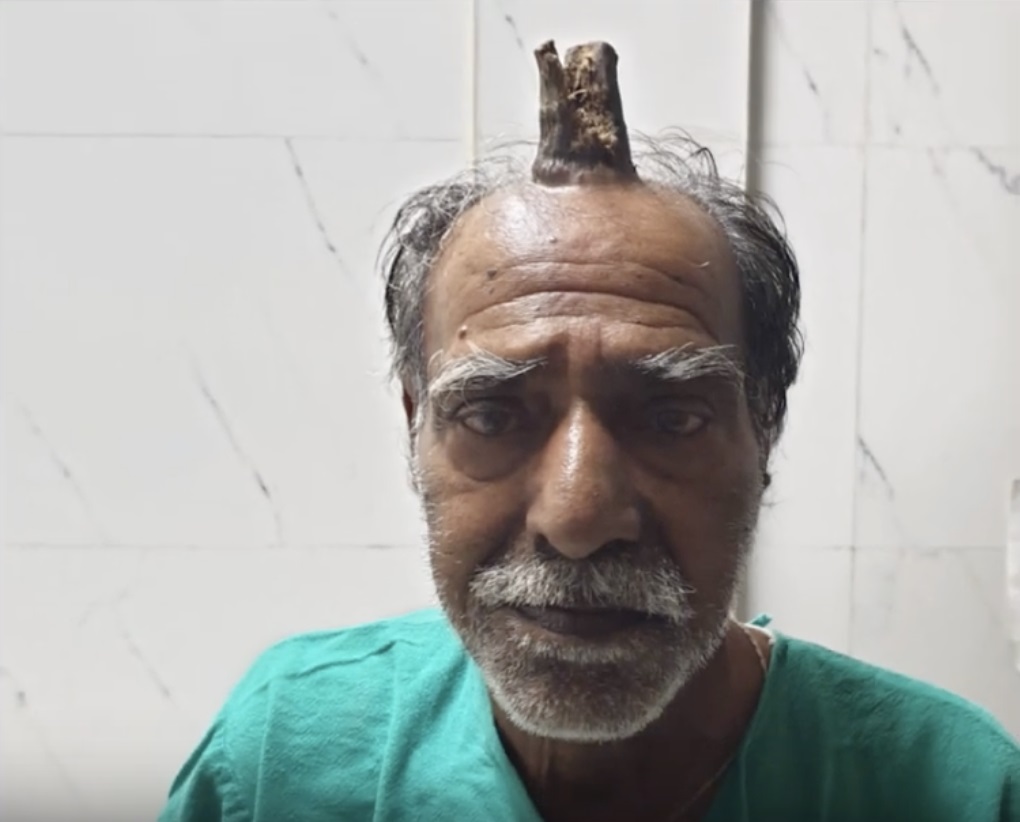 The tumor typically grows on hands, the face, ears, and nails. Other worse but rare cases also found the tumor to grow possibly on a man’s penis. Nail horns can also grow and develop on the big toe. Men have also been found to be more likely to develop a tumor or a horn and are more cancerous to men, as well.

“Around five years ago the patient had hurt his head after which a lump started growing. Initially he ignored it as it did not cause any discomfort. Also, he got the growth cut by the local barber. But when the lump hardened and started growing further, he approached the hospital at Sagar,” Surgeon Dr. Vishal Gajbhiye narrates. 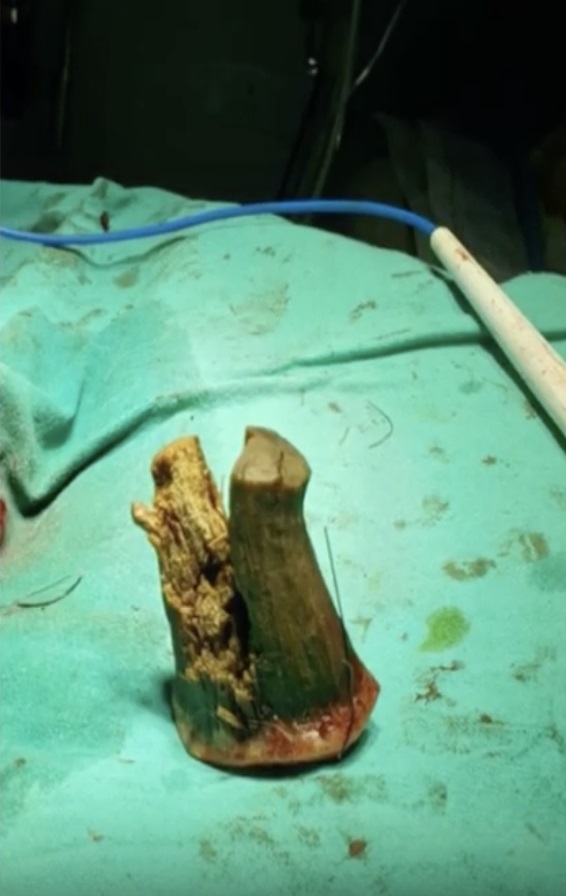 “As the horn is composed of keratin, the same material found in fingernails, the horn can usually be removed a sterile razor. However, the underlying condition will still need to be treated,” Dr. Gajbhiye adds. The doctor also confirmed that the farmer’s wound has healed completely after grafting skin on the wound after the horn removal. Other treatments for the tumors also include radiation therapy and even chemotherapy.

The horn’s cause of growth is still unknown. However, constant exposure to radiation or sunlight is believed to trigger the condition.