A woman risked going blind in order to tattoo her eyeballs so they are a permanent hue of purple-blue.

The Daily Mail reports that 32-year-old Sara Night underwent the drastic procedure and claimed that it was painless, even going so far as to say that the laser eye surgery she had weeks prior hurt more.

Night refers to herself as a "body modification enthusiast."  She has tattoos covering 70 percent of her body, as well as a forked tongue which she had surgically split to look like a snake's. 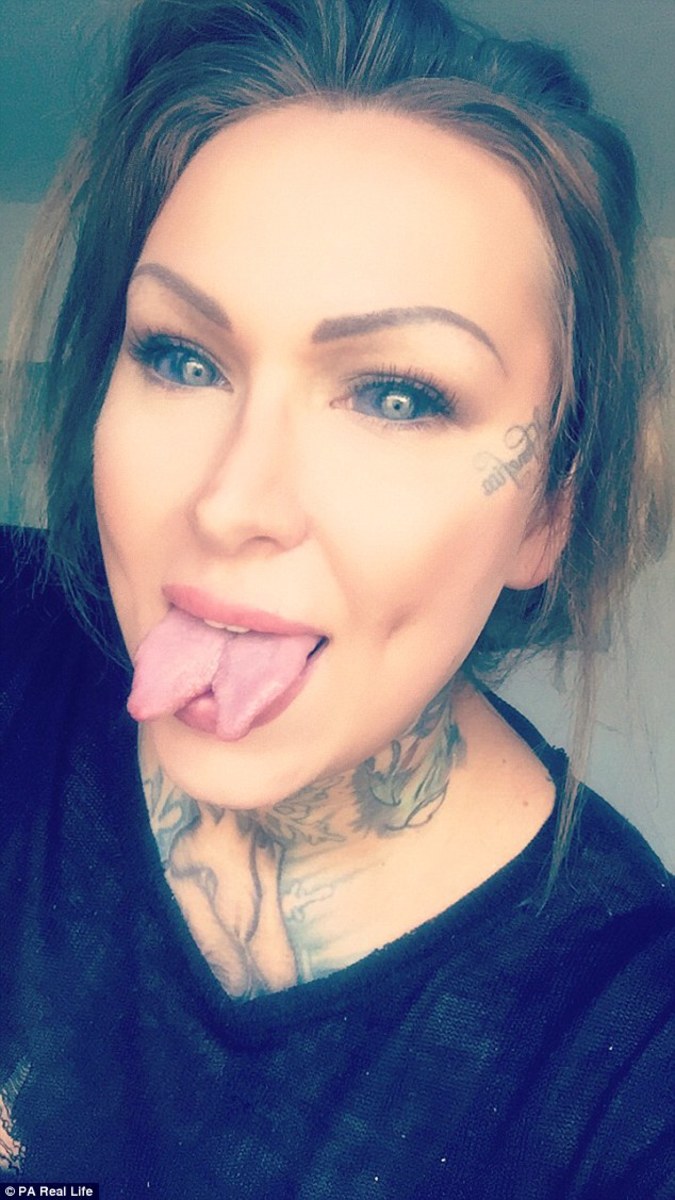 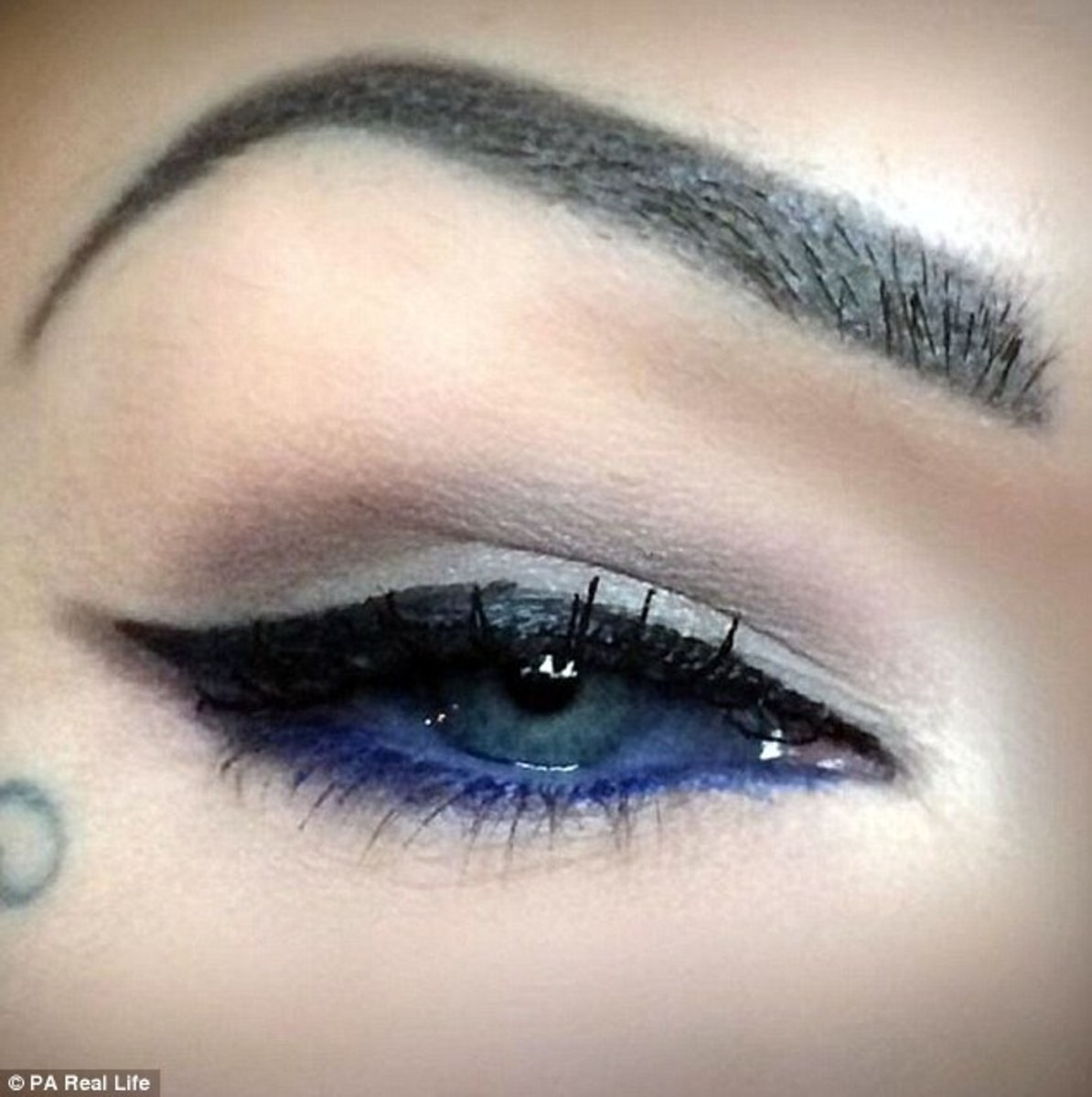 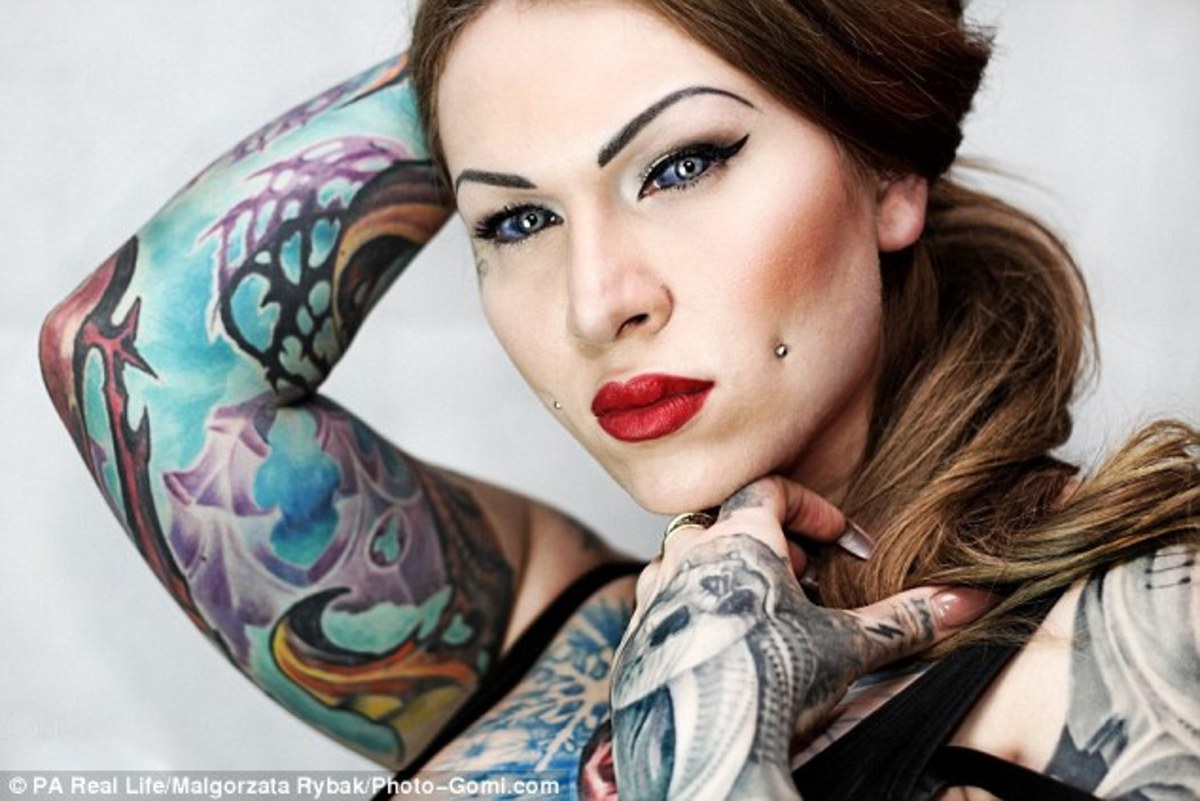 The London resident commented on her decision to tattoo her eyes:

My natural eye color is dark blue, but I always used to wear contacts to change it. I read about eyeball tattoos online and thought that, artistically, they looked amazing. It took me a long time to make the decision, but I'm glad I did it. The long term effects of eyeball tattoos aren't very well known. I've got no idea how my body will react 10 or 20 years down the line, but the way I see things, it's the 21st century and people should be able to do what they like to their own bodies.

Night used to work as a nail and beauty technician until she got a job as a tattoo artist and then really got into the body modification culture.

She claims her forked tongue has not affected her eating and drinking, and instead has heightened sensation in her taste buds. She also claims her pain tolerance has decreased over the years, though she's adamant the eye-tattooing didn't hurt a bit.  The process involved injecting ink directly into the top layer of her sclera -- the white part of the eye.  Possible risks included blindness, but she went ahead with the procedure, anyway.

Night explained, “It was really scary, but I thought, 'I've come this far, I can't back out now.' You have to be very precise. If I'd moved my eye by just a few [millimeters] while having it done, I could have gone blind. It was an odd sensation getting it done. My eyeball felt really cold, but it didn't hurt.”

Night continued: “I did want to darken them, but I decided not to. If you put too much ink in, it can be a problem. I've heard stories of the ink shifting and sitting under the eye instead, where it'd look like a bruise. I didn't want that to happen to me. Now, the ink is still liquidy. If I take my makeup off or rub my eye, it'll shift around a little, but it's stayed put.”

According to CNN, body modification procedures are rarely, if ever, performed by doctors.  Instead, they are usually performed by tattoo artists and other "experts," rather than practicing physicians.  Board certified physicians are required to undergo at least nine years of schooling and training, as well as passing rigorous exams to perform their procedures.  That is not true for body modification experts.

For her part, Night says that people are often intrigued, and ask for photographs.

“I think people assume it's contacts. They're usually quite impressed when I tell them it's a tattoo,” she said. “At first, my [mother], Jolanta, 57, begged me not to do it, but now she's seen it, she doesn't mind it. She's just asked that I don't do anything else to my face.”