A young woman in Illinois says that she was brutally attacked in the middle of the day while bystanders watched and did nothing to help her.

Jessica Hughes, a 19-year-old DePaul University student, was riding the Blue Line heading home from Chicago to Berwyn, Illinois, at around 10 a.m., when a man moved into the seat directly in front of her and made eye contact. She knew immediately that something was not right.

"He jumps up from his chair, and goes on top of me, and asks me for my phone, but my phone was in my pocket, and I had my headphones on, so he was yanking at my headphones, and then he pushed me to the floor, and then started beating on my head," Hughes told WBBM. "He bit me on my left hand."

As the man and a woman he was with beat Hughes, she screamed for help, but nobody else in the train car came to help.

"They just watched," she said. "I feel like people just don't want to get involved." 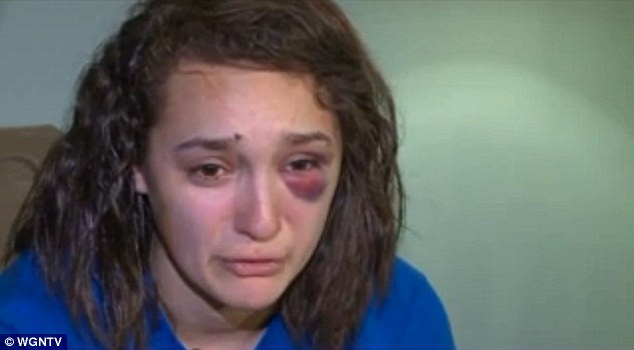 "He kept beating on me," the 19-year-old told WGNTV. "I'm yelling help to the other people and no one came."

The man and woman who attacked Hughes got away without her phone. Police are currently looking for the suspects.

The incident was captured on security cameras inside the train. According to the Daily Mail, Chicago police will review the footage during their investigation with the transit authority.

"I'm just hoping everything they need is on that video," Hughes said. "And they're able to get those people that did this to me." 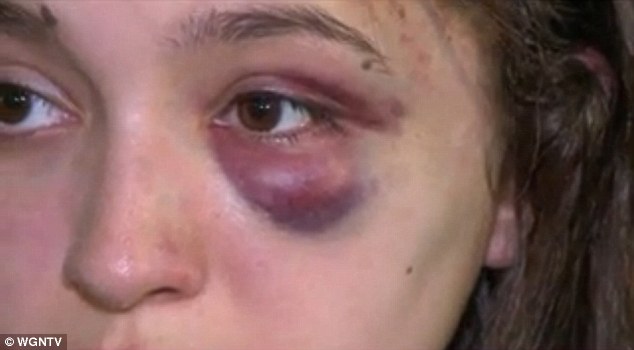 The Chicago Transit Authority released a statement regarding the attack.

CTA continues to work closely with CPD as they investigate the matter, which includes reviewing and providing them with any video surveillance footage.

Overall, serious crime is very rare on CTA trains and buses, averaging seven incidents for every 10 million rides in 2015.

CTA has more than 23,000 security cameras across all stations, buses and trains; it's one of the few system-wide networks in the nation and has proved to be an invaluable tool for police investigating crimes committed on or near CTA property. In fact, the cameras are a contributing factor behind the 25 percent decrease in crime reported across CTA properties in 2015 - the fourth straight year that crimes have decreased on the CTA.